Please ensure Javascript is enabled for purposes of website accessibility
Log In Help Join The Motley Fool
Free Article Join Over 1 Million Premium Members And Get More In-Depth Stock Guidance and Research
By Maurie Backman – Apr 27, 2018 at 9:41AM

Want to feel good going into your golden years? Here's how to build a nest egg and ensure that it covers your needs.

Countless Americans fear the notion of running out of money later in life. So it's encouraging to hear that 64% of workers are confident they'll have enough money for retirement based on their savings habits and levels. That's the latest from the Employee Benefit Research Institute, which also found that 17% of workers are ultra confident in their ability to retire comfortably.

If the idea of long-term financial security sounds good to you, there are steps you can take to set yourself up for a stress-free retirement. And that's something future you will thank you for. 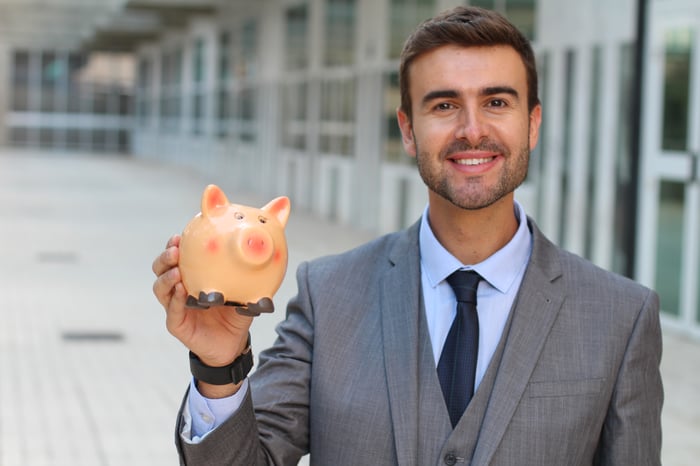 1. Give yourself the longest savings window possible

Amassing a sizable nest egg doesn't always mean maxing out a 401(k) year after year (thought it never hurts to consistently hit that limit). Rather, it often boils down to making modest contributions over a lengthy period of time, and letting compounding work its magic.

Check out the following table, which shows what your total savings might look like depending on the amount of time you have on your side:

As you can see, giving yourself four decades to save yields a much more impressive result than putting off IRA or 401(k) contributions for half of your career. Furthermore, if you wait too long to start setting money aside for retirement, you'll be forced to either work longer or contribute far more than $500 a month later on in life to your savings. Or, there's a third option: Retire and struggle to pay the bills. Neither choice is ideal.

We just saw that saving a reasonable amount of money over time resulted in some pretty serious wealth. But the figures above assumed a 7% return on investment, which is actually several points below the stock market's average. Now that 7% is a reasonable assumption for anyone who's willing to go heavy on stocks. The problem, however, is that only 54% of adults have stocks in their portfolios. Nearly half of Americans, meanwhile, are avoiding stocks because they're afraid of the losses they might produce.

Now let's be clear: The stock market is certainly volatile, and anyone with a short-sighted approach to investing risks losing money in it. But if you're investing on a long-term basis, which would typically be the case for a retirement fund, then the stock market is actually a lot safer than you'd think. That's because it has a strong history of rebounding and recovering from whatever downturns it faces along the way.

So what's the alternative to stocks? You could opt for safer investments, like bonds, or even a mix of bonds and cash, but you won't see anything close to an average annual 7% return with that strategy. Instead, you might score 3%, which changes the numbers above significantly.

3. Get used to living below your means

Not everyone is able to amass $1 million or more for retirement. Some folks can't even get close. But if you adjust to living below your means during your working years, you'll have an easier time getting by with a limited nest egg in retirement. Of the 64% of Americans who are confident in their retirement savings, some might have a mere $200,000 or so socked away. That's not a lot over the course of what could be 20 or more years. But if you train yourself to live modestly, you'll stretch whatever nest egg you do manage to accumulate.

A few ways to get started? Consider downsizing your living space or moving to a less trendy, but more affordable, neighborhood. Dump your car if it's not a necessity. Cancel the cable plan you rarely use, cook meals at home rather than dine out, and avoid impulse purchases that won't enhance your quality of life in the long run. Being content with less won't just make you happy in the near term; it'll also allow you to make the most of whatever savings you wind up with.

It's a great thing to be confident in your savings level. Follow these tips, and with any luck, you'll eventually come to enter retirement with a secure frame of mind.