Many folks dream of retiring early but resign themselves to working well into their 70s or beyond. You, however, don't necessarily need to be one of those people. Here are a few good reasons to exit the workforce ahead of schedule.

The average baby boomer has $163,577 saved for retirement, or so said the Economic Policy Institute a couple of years back. And frankly, that's not a lot of money to work with. If we apply a 4% annual withdrawal rate to that sum, which has long been the standard, that gives us just over $6,500 a year of income to work with. That's not a whole lot, even when we factor Social Security into the mix. 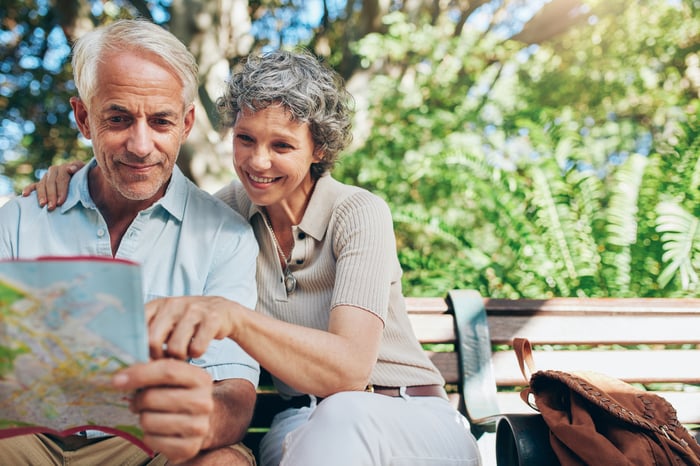 On the other hand, if your nest egg is far more substantial than that, and you have enough money between savings and Social Security to cover your living costs and then some, then it pays to retire earlier and start enjoying the freedom that comes with it.

Imagine, for example, that you've managed to save up $1.5 million. At 4% a year, that gives you $60,000 to withdraw in addition to whatever you collect from Social Security. And to give you a frame of reference, the average Social Security recipient today gets about $17,000 in annual income. If you were a higher earner, you can expect a lot more.

Now one caveat with the 4% rule is that it's designed to make your savings last 30 years. If you're retiring really early -- say, in your mid-50s -- then you may need to scale back that withdrawal rate to stretch your nest egg even further. But in our example, withdrawing from a $1.5 million balance at a rate of 2.5% per year instead of 4% would still leave you with $37,500 in annual income plus, most likely, at least another $17,000 from Social Security -- not too shabby.

2. You no longer enjoy working

Some people love going to work, conquering challenging projects, and interacting with colleagues. Others, however, dread the idea of boarding a commuter train, struggling to meet deadlines, and dealing with toxic coworkers and incompetent managers. If you're in the latter camp, then it pays to do what you can to retire as early as possible -- even if it means cutting expenses for a year or two and ramping up your savings efforts to allow for the option of quitting your job.

Remember, staying at a bad job for too long can impact your health, and that's not a risk you should be willing to take. If going to work makes you truly miserable, that's reason enough to escape that situation sooner rather than later.

3. You're not retiring in the conventional sense

Many people equate retiring with not working at all. But there's no reason you can't spend your golden years doing something you love and getting paid for it. If you're eager to escape your current routine but can't necessarily afford to do so based on your savings level, you might leave your full-time career in favor of a new venture that you do on your own terms.

According to the Kauffman Index of Entrepreneurship, 55- to 64-year-olds made up 24% of new entrepreneurs in 2016. And seniors 65 and older are more likely to be self-employed than any other age group, as per the U.S. Bureau of Labor Statistics. So if you're tired of the daily grind, escape it and do something else. If you find your niche, you may come to see that working just a few hours a week gives you enough income to tackle the bills while enabling you to enjoy the rest of your time as you wish.

Retiring early isn't something everybody gets to do, so if you have the opportunity, jump on it -- and consider yourself extremely lucky.