Figuring out how much money you need for retirement is easier said than done. After all, there are so many variables that will come into play once you're older and no longer working. Therefore, the best you can generally do from a planning perspective is take an educated guess at how much you'll spend as a senior and save enough to allow for that level of income.

That said, there are certain pitfalls you might encounter in your attempt to land on that key number. Here are a few reasons you could end up underestimating your retirement costs -- and struggling financially later in life. 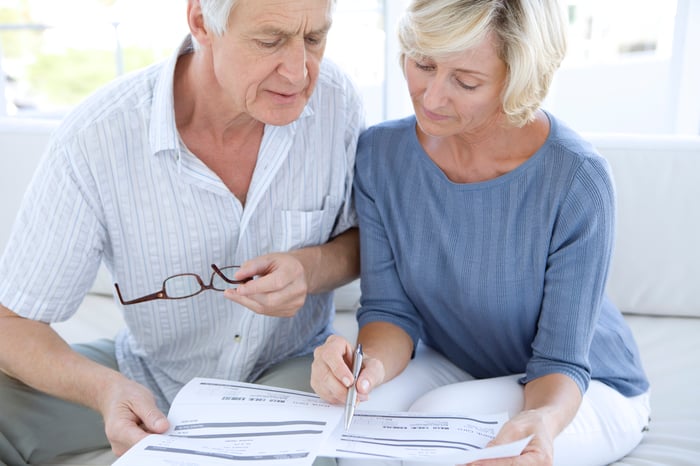 1. You're not well versed on how Medicare works

Many people assume that Medicare is free, and that it will pay for all of their health-related needs when they're older. Not so. First of all, though Medicare Part A, which covers hospital stays, is generally free, Parts B and D, which cover doctor visits and prescriptions, respectively, charge enrollees an annual premium. There are also copays and deductibles you'll need to contend with under Medicare, just like you would with a regular health plan.

But while those out-of-pocket costs might come as a surprise, an equally important thing to realize is that there are a host of services Medicare doesn't cover -- think dental care, vision care, and hearing aids, to name a few. That's why it's crucial to read up on how Medicare works and understand the costs you'll face under it. Incidentally, in a study by the Employee Benefit Research Institute (EBRI) released earlier this year, more than 40% of retirees reported that their healthcare expenses wound up being higher than expected. And that's a trap you're better off avoiding.

2. You're not planning for long-term care

You're probably aware that long-term care is expensive, but do you really understand what sort of costs you might end up facing down the line? The average assisted-living facility in the country costs $45,000 per year, according to Genworth Financial's 2017 Cost of Care Survey. Meanwhile, the average nursing home costs $85,775 per year for a shared room, and $97,455 per year for a private one.

Clearly, that's a lot of money, so much so that 25% of retirees say they've faced higher long-term care costs than anticipated, according to the EBRI. To avoid getting stuck financially when you're at your most vulnerable, work those expenses into your budget, and get long-term care insurance when you're young enough to qualify. It's estimated that 70% of seniors will need long-term care in their lifetime, so don't assume you'll magically avoid this major retirement expense. Rather, assume you'll need it, and err on the side of saving extra.

3. You're hanging on to an aging home

The majority of seniors today enter retirement mortgage-free, and if you plan to be one of them, you might assume that it's easy enough to get a handle on your housing costs. All you'll really need to do is plan on paying for property taxes, insurance, and some run-of-the-mill maintenance, right? Wrong.

The fact of the matter is that homes tend to cost much more to maintain as they age, so if your property is older, it could become a huge liability when you're on a fixed income. The typical homeowner today spends anywhere from 1% to 4% of his or her home's value on upkeep, but as your property ages, you can expect to creep toward the high end of that range. This means that if your home is worth $400,000, you're potentially looking at $16,000 a year in retirement just to keep it standing.

Keep in mind, too, that the aforementioned 1% to 4% range refers mostly to standard maintenance. If your home comes to need a major repair down the line, that's an expense that could easily upend your budget.

If you have a larger home that's aging, you might consider downsizing to a smaller property in retirement to keep your maintenance costs more manageable. Another option? Sell that home and become a renter. Though you'll give up the tax breaks homeowners get, if you plan on renting and land on a monthly figure you can swing, you won't have to worry about the many variables that come with owning property.

The last thing you want to do is kick off retirement before you're financially prepared. So be sure to take the above factors into account when planning for your golden years. Otherwise, you may be unpleasantly surprised at how much retirement ends up costing you.