That being said, it's hard not to be curious about where you stand in comparison to others. That's not necessarily a bad thing, because if you know you're falling behind, it may motivate you to kick your savings into high gear to catch up.

Each year, Vanguard releases a study detailing the saving habits of those preparing for retirement, and it provides a snapshot of how much the average person is stashing away. 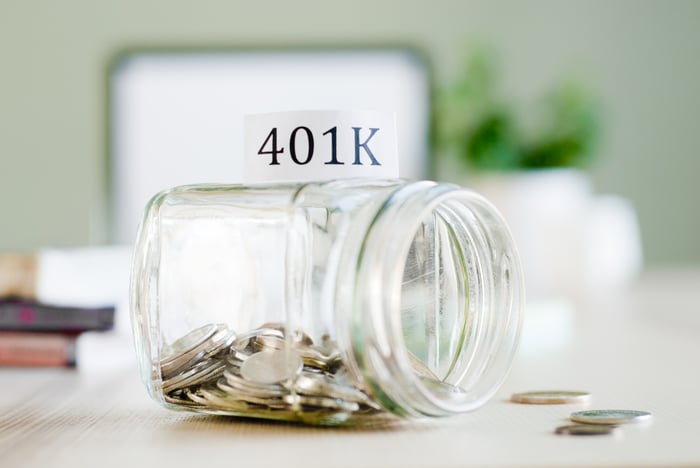 The average 401(k) participant at a glance

Roughly 81% of employees eligible to participate in a 401(k) plan did so in 2017, according to the report, up from 77% in 2008. This is important, as a 401(k) is one of the best tools for retirement saving, and if your employer offers matching contributions and you're not contributing anything at all, you're leaving money on the table.

So even if your savings are similar to those of the typical 401(k) participant, that doesn't necessarily mean you're on the right track to retire. If you're falling behind on your savings, though, it's important to recognize it and adjust your strategy.

The good news is that you don't need to have a lot of money to grow your retirement fund. That's because with the power of compound interest, small contributions can lead to big gains down the road.

If you're not quite where you want to be in terms of reaching your retirement goals, the first step is to maximize the strongest financial tools in your toolbox -- namely, employer-matching 401(k) contributions. If you're lucky enough to work for an employer that matches your retirement contributions, but you're not taking full advantage, you're missing out on free money.

For example, say you're earning $50,000 per year and your employer will match 100% of your contributions up to 3% of your salary (or $1,500 per year). Let's also say that right now you don't have anything saved for retirement, but you're contributing $1,000 per year, and your employer matches that full amount. Assuming you're earning a 7% annual rate of return on your investments, here's how much more you could be earning over time if you increased your contributions to $1,500 per year to take advantage of the full employer match:

By contributing an extra $500 per year and then earning the $500 match from your employer, you could potentially earn an extra $100,000 after a few decades. So if you're falling behind on your savings, even small contributions can make a big difference when your employer doubles them.

When it comes to saving for retirement, sometimes seeing where you stand in comparison to others helps you realize when it's time to step up your savings.