If you're like most Americans, you have at least one savings account. And while it's a powerful tool that more of us should utilize to protect ourselves and our families from the unexpected, it's not exactly a wealth-building machine that will help you attain financial freedom.

Furthermore, most of us simply aren't saving enough, and that means the majority of Americans have a tiny amount of money -- if any -- saved at all. Let's take a closer look at three savings facts that might leave you speechless. 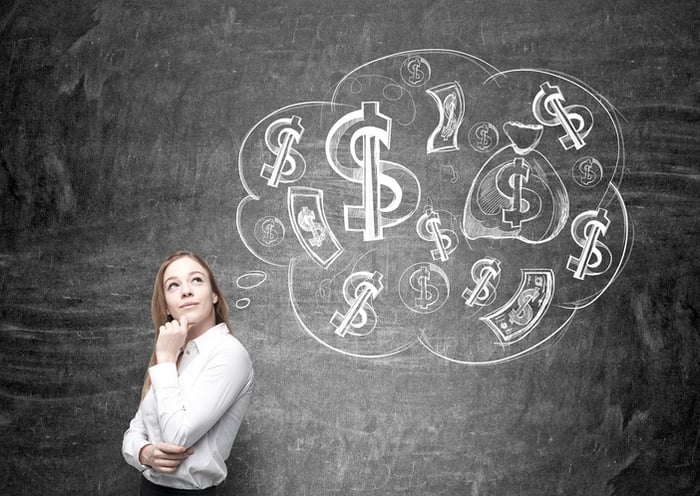 1. Most savings accounts are losing value

That's not to say that the dollar value in your account is necessarily shrinking, but it's a near-certainty that your savings account is losing value when it comes to spending power. That's because the low interest rates banks have paid since the financial crisis have trailed inflation by a pretty wide margin. Here's a look at inflation over the past decade, compared to the federal funds overnight rate: 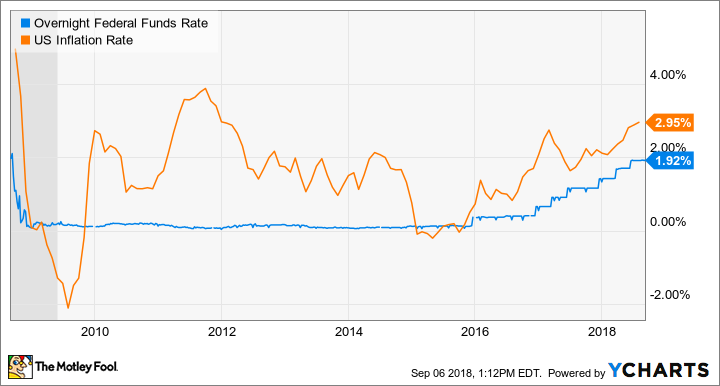 While not a perfect proxy for the interest yield banks pay on savings, the overnight rate is one of the most important -- likely the most important -- interest-rate benchmark in the U.S. and a key rate that determines what banks pay on savings accounts. And over the past decade, savings accounts have lost value against inflation due to the historically low interest-rate environment we've experienced.

This may be a bitter pill to swallow, but the purpose of a savings account shouldn't be to build long-term wealth, but to serve as a safety net. Nonetheless, you should still get the best savings yield you can.

Once you've put at least six months' worth of expenses in savings, it's a good idea to start putting a portion of your excess cash toward long-term financial goals by investing in stocks. Stocks are more volatile in the short term, but when you own them for five, 10, or 20 years (or even longer), you can generate far better returns than you'd ever get just putting that money in savings.

Over the past decade, the U.S. personal savings rate -- the percentage of income people save -- has generally fluctuated between 6% and 8%. This is a marked improvement from the first decade of this century, which saw the savings rate fall below 5% and then plummet to around 3% before the Great Recession: 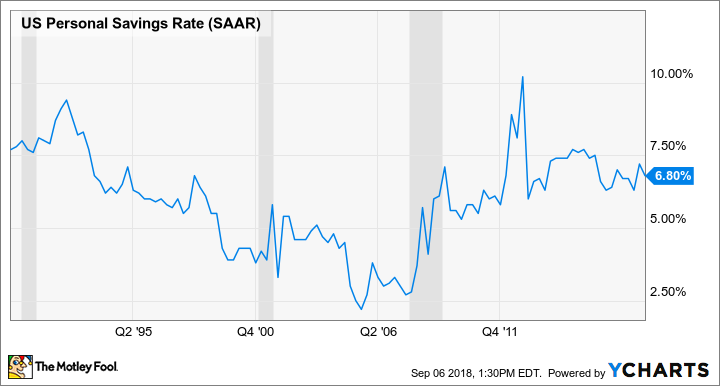 The improvement in recent years is a positive, but people are still saving far less today than they did for most of the 20th century: 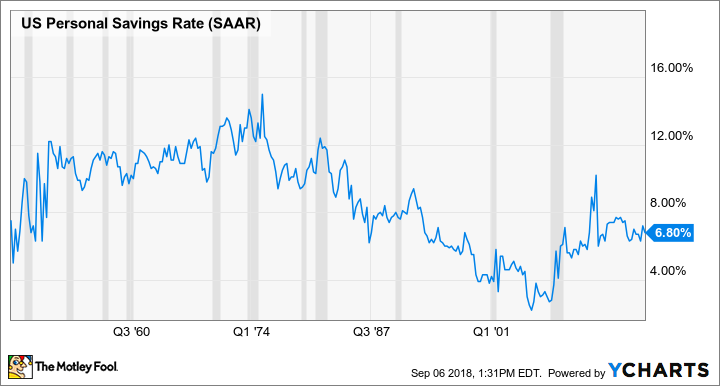 There are likely several factors behind this. First off, low interest rates are surely playing some role, but there are other, bigger factors at play.

The Great Recession saw millions of Americans lose their jobs, many of whom never fully recovered their prior level of income. Many have since retired and begun drawing down their assets, not saving. And it's not just older Americans who have suffered from the fallout: Millennials had just begun emerging from school and entering the workforce when the financial crisis struck, and the past decade has seen them face the worst economy for jobs in generations.

The data continue to show the painful reality. Median wage growth in the U.S. has been weak for decades, often barely matching -- and sometimes trailing -- inflation. It's hard to get ahead, much less increase your savings, when your income loses value in real terms.

3. Almost 40% of Americans have no savings 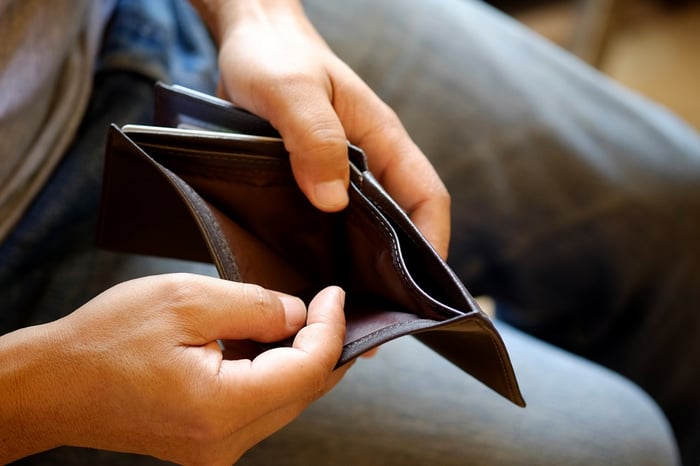 Sadly, the higher number of people reporting at least some savings last year was tempered by an increase in the number of respondents who said they had nothing; that number jumped from 34% in 2016 to 39% in 2017.

Unsurprisingly, young people are more likely to have little or no savings. In both 2016 and 2017, over 60% of people between 18 and 34 reported less than $1,000 in savings, with more than 40% saying they had no savings at all. This corresponds to another GoBankingRates survey in which about half of millennials said they lived paycheck to paycheck.

It may take a number of years to set aside enough to ensure you can ride out most financial emergencies, and you can't expect to get much yield on that money. But having a safety net in case of a worst-case situation could make all the difference in your financial security.