Your 50s are a great time to start thinking about retirement -- and perhaps even begin counting down until that milestone is reached. At the same time, since your days in the workforce are slowly but surely dwindling at this point, there are certain financial moves it pays to tackle sooner rather than later. Here are three to focus on.

The average U.S. adult aged 50 to 55 has $124,831 saved for retirement, while the average 56- to 59-year-old has $163,577. Now, these might seem like impressive numbers, but when you consider that most financial experts recommend withdrawing from savings at a rate of about 4% per year in retirement, that only translates into roughly $5,000 to $6,500 in annual income -- not a whole lot to work with. 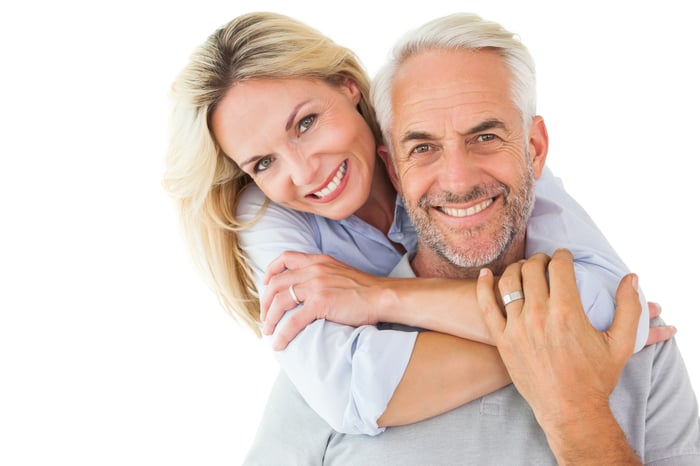 A large number of older Americans, however, aren't capitalizing on this key savings opportunity. In fact, last year, only 14% of 401(k) plan participants aged 50 and older took advantage of catch-up contributions, according to Vanguard.

What might those catch-ups do for you? Imagine you're 50 and save $18,500 a year in a 401(k) for the next 20 years. If your investments deliver an average annual 7% return during that time, you'll add about $758,000 to your nest egg. Sock away another $6,000 per year in catch-up contributions, however, and you'll be sitting on an additional $1 million and change, assuming that same 7% return.

It's a frightening statistic that 70% of seniors 65 and over will end up needing some type of long-term care in their lifetime. And perhaps even more frightening is the fact that Medicare generally won't cover this particular need. That's why it's crucial to secure long-term care insurance -- to defray the often-astronomical costs associated with services such as home care, nursing homes, and assisted living.

To give you a sense of how critical long-term care insurance is, consider that the average cost of a shared room in a nursing home is upwards of $85,000 a year. Ouch. And while long-term care insurance premiums can be expensive, if you wind up needing to utilize your policy, it can more than pay for itself in a relatively short period of time. Furthermore, your 50s are a great time to apply for coverage, because at that point in life, you're more likely to not only get approved, but snag a long-term, health-based discount on your premiums. On the flip side, the older you are, the more difficult it becomes to obtain an affordable policy.

Moving over to a fixed income can be challenging in its own right, so it pays to enter retirement with as few financial obligations as possible. That's why it's so important to work on eliminating debt ahead of your golden years, whether it's the good kind, like a mortgage, or the bad kind, like outstanding credit card balances.

The less debt you carry into retirement, the less of your income will be monopolized off the bat, so work on paying off what you owe while you still have a steady paycheck coming in. You might need to scale back on expenses, at least temporarily, to free up more cash to pay down that debt, but it'll be worth it when you enter retirement without that burden.

Incidentally, the sooner you pay off your various debts, the less cash you'll throw out on interest. And that's a good way to ensure that you don't end up wasting money during your golden years, when you really can't afford to be doing so.

Your 50s are a great time to get a handle on your finances, so don't delay when it comes to catch-up contributions, long-term care insurance, and paying off debt. A few smart moves today could set the stage for the stress-free retirement you deserve.