Millions of seniors rely heavily on Social Security to pay the bills in retirement, so much so that their benefits inevitably come to constitute the bulk of their income -- even though they were never designed to do so. As such, those who collect benefits tend to bank heavily on the program's cost-of-living adjustments, or COLAs.

COLAs were introduced in the mid-1970s, and their purpose is to help seniors retain their buying power in the face of inflation. And next week, the Bureau of Labor Statistics is scheduled to release the inflation data it collected from September, which will, in turn, come to dictate how 2019's COLA shakes out. 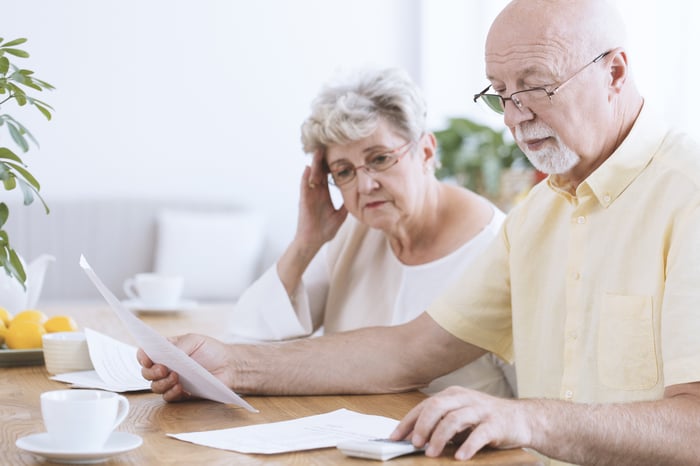 Thankfully, the news on the COLA front is already fairly positive. At its current 2.5% to 3% projection, next year's COLA could come to constitute one of the largest boosts seniors have seen in years. And next week's news could prove quite substantial in officially sealing the deal.

Still, sitting around eagerly anticipating your COLA is hardly a good use of your time as a Social Security beneficiary. You're better off sinking some energy into rethinking your spending and making smart choices that have a greater impact on your finances than a 2.5% to 3% benefits increase will.

Making the most of your retirement income

At first glance, a 2.5% to 3% raise in your Social Security benefits might seem like something to celebrate. But for the average recipient, that translates into just $35 to $42 extra a month, which is hardly a life-changing sum. Of course, it's better than nothing, but if your finances are such that you're truly counting on next year's increase, you may want to re-examine your spending habits instead -- because chances are, you have plenty of options for freeing up well more than $35 to $42 a month.

For one thing, take a look at your biggest monthly expenses -- most likely housing and healthcare. While you probably have fewer options for changing the latter, you can certainly reduce the former by downsizing to a smaller living space or relocating to a less expensive part of the country -- one with lower property taxes or more affordable rent. Either move could save you well over $100 a month, which is far more than the raise most seniors are looking at from Social Security.

Furthermore, while you can't skimp on medical care when you need it, there are numerous steps you can take to lower your healthcare costs in retirement, from choosing the right drug plan to being smart about how you fill and renew prescriptions to taking advantage of the free preventive health services offered by Medicare.

There are other changes you can make, too, like cutting back on cable, cooking at home to avoid the ridiculous markup most restaurants charge, and unloading a household vehicle if you only use it sparingly (believe it or not, you'll probably come out ahead financially by taking public transportation or using rideshare services, since owning a car costs roughly $8,700 a year, on average).

Also, don't discount the value of getting a part-time job in retirement. Though it may not be the ideal way to spend your time, it's a good way to drum up extra cash without having to go too crazy cutting back on expenses. And if you're the entrepreneurial type, there's always the option to start your own business or turn a pastime you enjoy into a money-making venture.

Though a 2.5% to 3% Social Security COLA, or whatever it ends up being, is far better than no COLA at all, it won't necessarily have the lifestyle impact you expect it to. So rather than get hung up on that COLA, take steps to improve your finances yourself, and enjoy the peace of mind that comes with having a little more breathing room.

Eagerly Awaiting Your Social Security COLA? Here's Something Better to Do Instead @themotleyfool #stocks Next Article
Current