It's no secret that wage inequality continues to be a hot-button issue in today's workforce. With women earning roughly $0.72 to $0.82 for each dollar brought home by their male counterparts, it's no wonder that so many people are up in arms about that continuously present gap.

But new data from Comet Financial highlights one unfortunate side effect of income disparity: a wide gap in outstanding debt levels between males and females. And if indebted women don't take steps to change their circumstances, their finances are likely to suffer for the long haul. 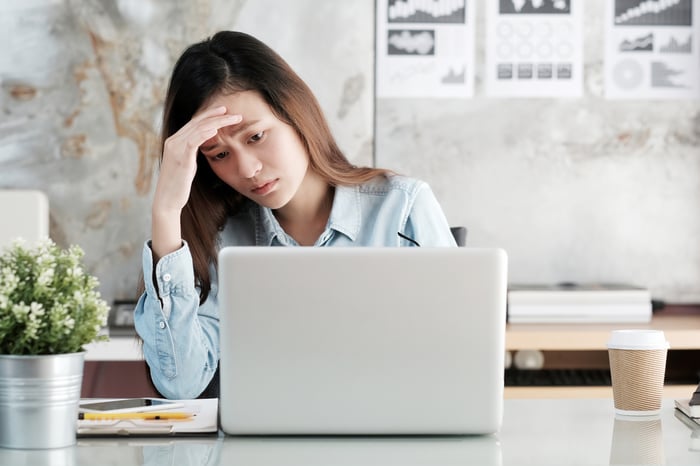 Women are deeper in the hole

Women currently owe more than men in a number of key categories, including the following:

Much of this can be chalked up to spending and borrowing habits, but it's hard to overlook the role income has on level of debt. And since women typically earn less than men, it's easy to see why they might lag in the debt-repayment department.

Climbing out of debt

If you're loaded up with debt, you should know that the sooner you dig out of that hole, the less money you'll end up throwing away on interest -- and the more you'll have available to bank for yourself. Therefore, it pays to take a look at your debts and devise a plan for eliminating them. A good bet is to pay those with the highest interest rates first -- typically, your credit card balances -- but if you borrowed privately for college, you might be looking at quite a substantial interest rate on your student loans, too.

Next, figure out where you'll get the money to repay your debts. The easiest solution generally is to create a budget to see where your money is going, and then comb through it and identify ways to cut back on spending. That could mean downsizing to a smaller apartment to lower your rent, eliminating restaurant meals to save on food costs, or canceling your gym membership.

Another good option is to look at getting a side hustle. Of the 44 million Americans who work a second gig, an estimated 36% bring home more than $500 a month extra as a result. That cash could go a long way toward helping you pay off your outstanding obligations.

At the same time, take steps to increase your earnings so you're better able to not just pay off debt, but manage your bills going forward. If you've yet to ask for a raise at work, do some research to see what the average person with your job title is earning and make your case if you learn that your company could be paying more. An impressive 66% of employees who do ask for more money are ultimately successful to some degree, or so reports job site CareerBuilder, so it certainly pays to speak up.

But don't go into that conversation blindly. Prepare some talking points that highlight the value you bring to your company, and use hard numbers when possible. For example, if the marketing campaign you led boosted sales by 10% last quarter, take credit and bring up that stat.

Being in debt is no fun, and if it gets out of hand, it can end up messing with your sanity. So don't let that happen. Take control of your debt, regardless of how much you owe and how much you earn.

At the same time, fight for a better salary if you feel you deserve one. You have little to lose and a lot of financial freedom to potentially gain.

First There Was the Wage Gap. Now, the Debt Gap @themotleyfool #stocks Next Article
Current