Avoid these common pitfalls to maximize your retirement income.

Social Security isn't enough to support you fully in retirement, but it's a nice supplement to your personal retirement accounts. Even if you receive only a few hundred dollars each month, that's money you don't have to withdraw from your own savings.

Often times, when people don't understand the mechanics of Social Security, they end up shortchanging themselves and losing out on benefits. Here are four common mistakes you don't want to make with Social Security. 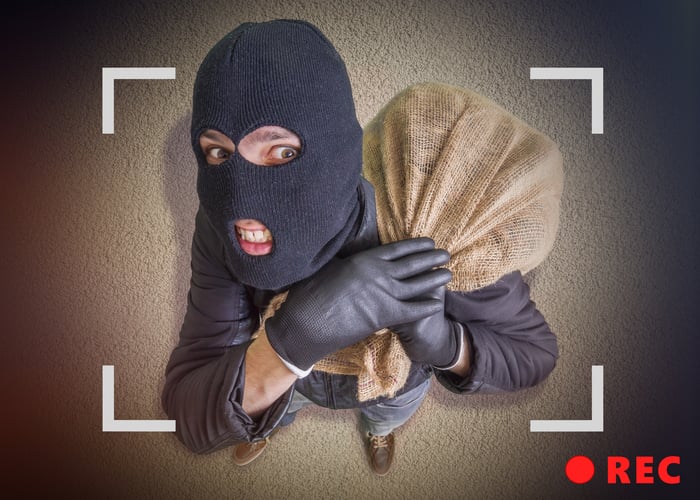 In order to be eligible for Social Security benefits, you must work for at least 10 years, although that time does not have to be consecutive. However, if you want the most money possible, plan to work for at least 35 years.Social Security benefits are calculated based on your average monthly income during the 35 most profitable years of your life.

While you will qualify for benefits if you work for only 10 years, your earnings for the remaining 25 years will be zero. This lowers your average monthly income significantly, so you'll get much less per Social Security check than if you'd worked the full 35 years. The longer you work beyond 35 years, the better, because your lower-earning years drop off and are replaced by your higher-earning years in determining the average.

2. Claiming too early based on your life expectancy

You can begin claiming Social Security at age 62, but if you do start claiming as soon as you turn 62, you won't receive your full possible benefit in each check. To get 100% of the amount you're entitled to, you must wait until you reach your full retirement age, which is either 66 or 67, depending on when you were born. If you're able to delay claiming your benefits until you reach age 70, you can receive up to 124% or 132% of your scheduled benefit, depending on when you were born.

There is no clear-cut answer to when you should begin claiming Social Security benefits. There are many factors to consider, including your life expectancy. Of course, it's impossible to know how long you'll live, but if you have a number of unhealthy habits or you know disease runs in your family, you may be better off taking your benefits early to use while you can.

But if you expect to live a reasonably long life, it's smarter to wait as long as you can to claim your benefits, in order to get as much as you can. You can estimate how much your Social Security benefit is going to be by creating a my Social Security account. Then, consider how much your benefit will be reduced by starting early, or increased by starting later. Calculate how much you will get throughout your planned life expectancy for each of the scenarios to determine which route offers you the most money in the long run.

If you began claiming at 62, you would have received $42,000 in Social Security benefits by the time you reach your full retirement age of 67. But if you wait to begin claiming benefits until you're 67, you'll now receive more per check. Your breakeven point is when the total benefits you'd receive if you began claiming at 67 matches the total benefits you would have received if you began at 62. In this case, because your scheduled benefit is $1,000, that would be about 77 years and 8 months.

If you feel pretty confident that you'll live to be older than this breakeven point, then waiting is the smarter choice in this scenario. But if you are uncertain you will live this long, claiming earlier is wiser.

3. Failing to coordinate with your spouse

It's crucial for married couples to employ a strategy for how they will handle their Social Security benefits. One of the most popular techniques is for the lower-earning spouse to begin claiming benefits at age 62 to start bringing in additional income. This enables the higher-earning spouse to delay benefits until their full retirement age, or even until age 70, to receive a higher amount.

Many factors play into this game plan that you'll need to consider. If the higher earner doesn't expect to live as long, it may be better for them to claim early first and the lower earner can delay their benefits. Or if both partners are similar in age and income, it might make sense for both people to delay benefits for as long as possible. Talk with your spouse about your options and figure out the strategy that works best based on both of your life expectancies, income, retirement ages, and living expenses.

4. Not trying to reduce taxable income during retirement

You may be able to avoid this taxation if you keep your combined income below the thresholds, by delaying Social Security benefits until you quit working or by reducing the amount you're withdrawing from retirement accounts.

Social Security is complicated, but by avoiding the four missteps listed above, you can aim to get the most money possible. Maximizing your benefits should help to make your retirement a little more comfortable.