Hint: It's probably more than you think.

Blame it on measly entry-level wages, student debt, or a host of other factors, but these days, a growing number of young adults are moving back home with their parents. And while doing so is a great money-saving opportunity for them, it often places an undue financial burden on the good folks who are kind enough to take their grown kids back in.

It costs parents a surprising $459 a month to have adult children living in their homes, according to a report by Porch, a company that connects homeowners and home improvement professionals. This is due in part to the fact that less than half of grown kids who live at home contribute via a monthly rent payment, all the while draining resources and contributing to costs such as utility bills and food. It's no wonder, then, that nearly two-thirds of parents would rather their kids not move back home as adults. 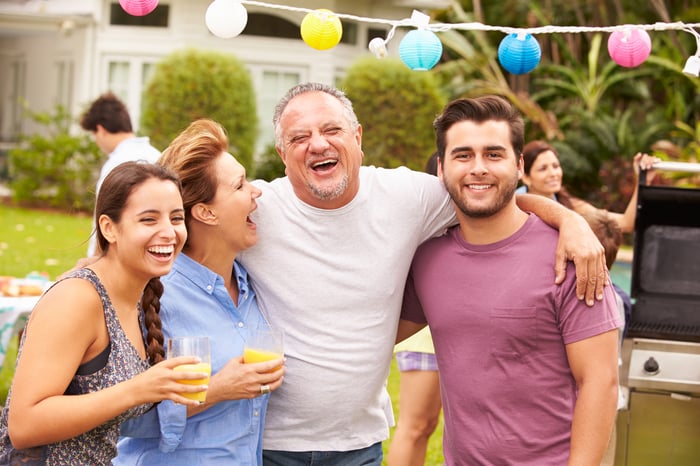 Of course, it's nice to be generous and give your kids a chance to save up some money while avoiding the whopping expense that is paying rent on their own. At the same time, know that the money it's costing you to house your grown children could most likely be put to better use.

Are your kids compromising your retirement?

If you're currently spending somewhere in the ballpark of $459 a month by having an adult child live at home, imagine what that money might do for your retirement savings instead -- especially if you're behind in that regard. And make no mistake about it: A frightening number of Americans are woefully lacking in IRA or 401(k) funds, with one-third having less than $5,000 socked away for the future and 21% having no long-term savings at all.

Now let's see what might happen if you were to take the $459 a month you're spending to have an adult child live with you and put it into a retirement account instead. Over a three-year period at an average annual 7% return on your investments, you'd add close to $18,000 to your nest egg. Over a five-year period, you'd be looking at well over $31,000. That's money that could come in handy when you're older.

Another thing you might do with $459 a month? Use it to pay off your mortgage in time for retirement. The less debt you carry with you into your golden years, the more financial flexibility you'll have, and the less stress you'll experience once you see how challenging it is to live on a fixed income.

Of course, this isn't to say that you need to kick your grown kids to the street. If it's costing you money to have them live in your home, ask them to contribute by either paying rent or covering part of your utility or cable bill. And for the love of adulthood, have them do their own food shopping. There's no reason you should be picking up that tab when your grown kids have paychecks of their own.

In fact, if anything, your children should be buying you groceries -- and cooking you nice, homemade meals, for that matter -- as a thank you for letting them extend their stay under your roof. And if they grumble about any of it, you might remind them what the alternative is: paying a small fortune for a place of their own.