The holidays are a time to shower loved ones with gifts, throw elaborate parties, and generally go all out. Or are they?

A good 22% of Americans are cutting back on holiday spending this year, according to a new report from COUNTRY Financial. And among those who are taking it easy on the spending front, 34% cite other pressing expenses as the reason for scaling back.

If you're still in the process of buying up a storm for the holidays, it pays to take a step back and consider whether your money could be better used elsewhere. Here are three questions to ask yourself. 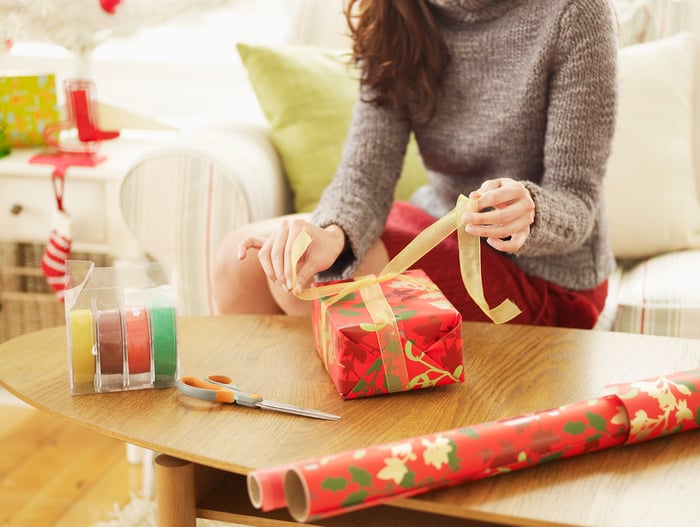 1. Do I have an emergency fund?

You never know when your car might break down, your roof might spring a leak, or your boss might walk into your office and tell you you're being let go. Life has a way of throwing expenses at us when we least expect them, which is why it's crucial to have a fully loaded emergency fund. Without one, you risk racking up debt when those unanticipated bills hit you hard. A solid emergency fund is one with at least three months' worth of living expenses tucked away -- more ideally, six months' worth. So before you go off spending a small fortune on the holidays, ask yourself how your savings stack up and whether the $800 you might conceivably spend in the next two weeks belongs in the bank instead.

Credit card debt is bad news for a couple of reasons. First, any time you carry a balance, you automatically start accruing interest that can cause that number to keep climbing. That's why so many people who land in credit card debt struggle to crawl out of that hole. Second, too much debt can damage your credit score, making it difficult for you to secure a mortgage, an apartment lease, or even a job. If you're already in debt, the last thing you want to do is add to that load, so pledge to curb your spending if that's the case.

Incidentally, the average American wound up $1,054 in debt from last year's holiday season -- and 15% are still paying it off.

3. Am I on track for retirement?

Focusing on retirement savings can be difficult when life's more immediate expenses get in the way. But if you don't fund that nest egg, you'll risk coming up short when your golden years roll around. Currently, 42% of U.S. adults have less than $10,000 socked away for the future. That's not terrible if you're in your 20s, but if you're older, it's bad news. If you're in that boat, consider cutting back on the holidays this year and putting a chunk of the cash you would've otherwise spent in an IRA or 401(k). Even a last-minute $500 contribution could go a long way over time. In fact, if you were to invest that $500 at an average annual 7% return over the next 30 years, you'd grow it to $3,800 in time for retirement.

Tempting as it is to indulge during the holidays, ask yourself whether you can really afford to do so. Even if you have the money on hand, if you're behind on near- or long-term savings or already in debt, you're much better off socking that cash away or paying down an existing balance. And while it's true that the holidays only come around once a year, if you're not careful, that so-called magical period could cause you a world of financial stress for many months that follow.