Millennials tend to get a bad rap when it comes to being financially responsible. (Avocado toast, anyone?) The reality, however, is that they're doing a pretty decent job of keeping their spending in check. The average millennial spends $2,164.99 a month, or $25,979.88 a year, according to data from Ally Financial. But when we compare millennial spending to that of the average American, the numbers don't paint such an unfavorable picture for younger adults. 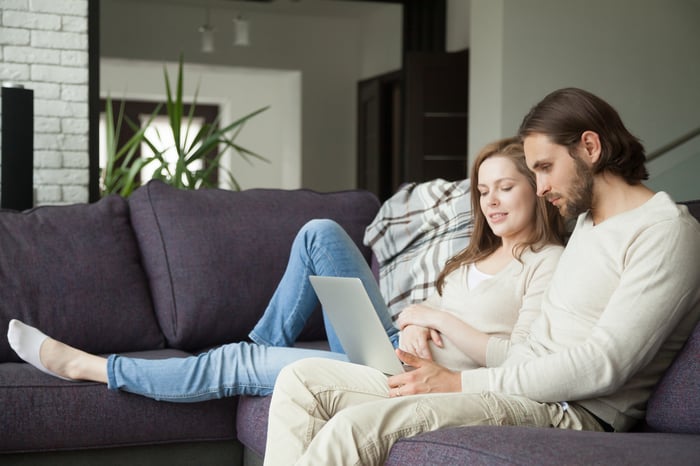 Of course, part of the reason why millennials might spend less than Americans across all age groups is that they earn less. Still, let's not gloss over the fact that while 60% of all U.S. adults have less than $1,000 in savings, 45% of millennials are actively saving for emergencies like medical bills, car problems, or home repairs.

And that's not the only thing they're saving for. A good 41% are setting money aside for retirement despite the fact that it's decades away. And another 41% are socking away cash in the hopes of putting a down payment on a home.

Clearly, millennials are doing a decent job of not overspending and saving some of their income. And Americans across all age groups should really aim to follow suit.

Getting your financial house in order

If you're currently maxing out the bulk of your paycheck and have little to no money set aside for emergencies, retirement, or other goals, it's time to realign your priorities. First, create a budget. It'll help you see where your money is going so you can identify ways to cut back on spending if necessary. And make no mistake about it: If you're unable to consistently save at least 15% of your paycheck, it means you're spending too much.

Next, take steps to automate your savings so that your newly freed-up cash goes where it needs to go. If you don't have money in a traditional savings account to cover unplanned bills, your first goal should be to amass enough cash to cover at least three months' worth of living expenses, and ideally, more like six months' worth. To that end, set up a direct transfer so that part of your earnings are sent into savings until you've reached your goals.

Once that's in place, you can focus on other key objectives, like retirement. If your employer offers a 401(k) plan, signing up for it is a great way to ensure that your money gets put away for the future. Otherwise, find an IRA with an automatic savings feature, and arrange to have part of each paycheck land there month after month.

Of course, millennials aren't off the hook in this regard. While an estimated 82% are saving in some capacity, that means 18% are maxing out their paychecks rather than managing to put money away. Still, the fact that most younger workers are building up a safety net, nest egg, or home down payment is impressive in its own right.

They say that with age comes wisdom, and if that's right, millennials are clearly ahead of their time. If you're among the majority of millennials who are saving money and spending in a relatively modest fashion, keep up the good work. And if not, pledge to do better -- whether you're part of the millennial generation or not.