The short answer: It depends.

Life has a funny (OK, not so funny) tendency to throw unwanted surprises our way, and many of those surprises are financial in nature. You never know when your roof might spring a leak, your car might break down, or your clumsiness might land you in the hospital with a broken leg and a whopping bill.

That's why we all need emergency savings for protection against life's unknowns. Working Americans are generally advised to have an emergency fund with enough money to cover three to six months' worth of living expenses. The logic is that this type of cushion could conceivably not only pay for an unplanned bill but an extended period of unemployment.

But what if you're retired and therefore aren't used to collecting a paycheck? You still need emergency savings, but is it really necessary to sock away six months' worth of expenses in a bank account? The answer is: It depends on what your spending looks like and how much peace of mind you're after. 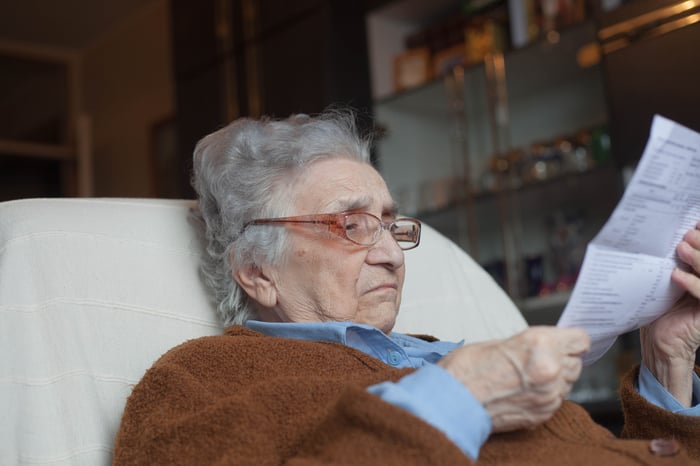 Emergency savings: A must for retirees

The purpose of an emergency fund is to bridge the gap when a paycheck alone won't suffice in covering whatever financial situation is at play. But when you're not getting a paycheck anyway, what your emergency fund really does is offer protection against having to sell investments at a loss.

Many retirees live off their Social Security income coupled with their IRAs or 401(k). If you're one of them, you're no doubt aware that your IRA or 401(k) shouldn't just be sitting in cash; rather, it should stay invested in stocks and bonds to generate more income during your golden years. The problem, however, is that market conditions can cause the value of your investments to go up or down. And in the latter scenario, needing money for an emergency could result in major losses if you're forced to liquidate assets at a time when they're worth less than what you paid for them.

That's why you need an emergency fund in retirement -- to avoid having to take losses that upend your finances. Whether you really need up to six months' worth of living expenses in the bank, however, hinges on what your current costs look like. If you own a home and a vehicle, and you have a host of health issues that tend to land you in the hospital, then having a six-month cushion isn't a bad idea. On the other hand, if you're a renter who relies on public transportation, it means that other than healthcare, you can generally avoid financial surprises that throw your budget off course. In that case, a three-month emergency fund will likely suffice, keeping in mind that you'll also (most likely) have regular Social Security payments coming in, which are guaranteed income.

That said, you might use your emergency fund to tide yourself over if the market takes a catastrophic turn for the worse -- in which case having close to a year's worth of living expenses isn't a bad idea. Imagine a recession hits, and your portfolio value declines substantially. If you're able to live off your emergency fund for a year, you might wait out that downturn and come away totally unscathed; whereas if you're forced to take withdrawals during that time, you'll probably lose money no matter what.

Therefore, the question of how much emergency savings you need in retirement ultimately boils down to how much flexibility and peace of mind you want to give yourself. If you'd like option to leave your nest egg alone during extended periods of volatility, then err on the side of saving more. If you're only looking to cover one-off expenses, save less. And if the majority of your bills are truly predictable, you can get away with an even smaller amount. Just make sure to have some cash available and instantly accessible -- because that's something you can't live without.