A second lengthy shutdown could be bad news for workers. Here are some ways to protect yourself if your paycheck is in the line of fire.

The epic 35-day government shutdown that wreaked havoc on 800,000 workers' lives finally came to an end in late January, but we're not out of the woods. The temporary deal that reopened the government is set to expire on Feb. 15, and if another shutdown ensues, those same employees will be out of luck -- and out of income.

The last time around, a large number of furloughed workers found themselves deep in the throes of financial ruin as they fell behind on their bills and racked up credit-card debt in a desperate attempt to keep up. Many went so far as to crowdfund to avoid missing their car or mortgage payments. 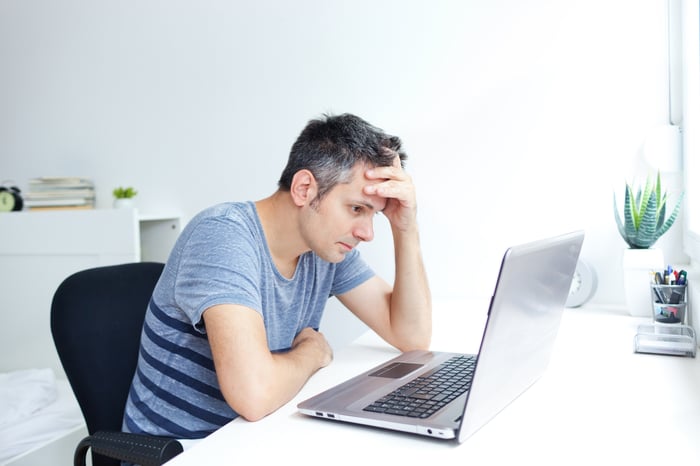 While it's too soon to know what will happen in mid-February, one thing's for sure: Thousands of workers will need to prepare for the possibility of going without a paycheck once again. If you're one of them, here are three things you should do today.

1. Apply for a home equity line of credit

If you own a home, you might be able to use the equity you've built in it to access money in a pinch. A home equity line of credit, or HELOC, isn't a loan. Rather, it's money you have the option to borrow on an as-needed basis, and you'll only be on the hook for interest on whatever sum you actually withdraw from it. A HELOC could serve as your safety net if you find yourself without a paycheck and don't have emergency savings to cover your bills in the interim. Keep in mind that it can take two to four weeks or longer to get approved for a HELOC, so if you're worried about a follow-up shutdown, apply now. That way, you'll likely have that money available by the time your bills come due.

2. Prepare items you can sell for quick cash

You probably have things lying around at home that you no longer need or items you want but can technically live without. If your paycheck suddenly goes away again, selling those things for cash could help you get through an otherwise precarious period. In the coming days, take inventory and make sure those items are ready to present to buyers. That could mean cleaning the side table you're looking to sell or wiping your old laptop so it no longer contains your personal data.

3. Cut back on spending, even if just for a week

If you're sitting on little to no cash in the bank, you'll need to rethink your spending habits and make some lifestyle changes that improve your financial picture. But building a true emergency fund isn't something you can do in a week's time. What you can do between now and mid-February, however, is cut back on a few expenses to free up however much cash you can. That could mean brown-bagging your lunch instead of buying it, staying home over the weekend rather than going out, or walking to work rather than springing for a rideshare. Scrounging up even $50 to $100 might help get you through a rough period.

The last government shutdown was a nightmare for numerous undeserving workers. Make the above moves to lessen the impact should another one hit in the not-so-distant future.