Please ensure Javascript is enabled for purposes of website accessibility
Log In Help Join The Motley Fool
Free Article Join Over 1 Million Premium Members And Get More In-Depth Stock Guidance and Research
By Maurie Backman - Jan 28, 2019 at 8:19AM

No one is immune to financial emergencies, which is why we need to plan for them.

It's the news thousands of furloughed workers were waiting to hear: The unprecedented 35-day government shutdown that left roughly 800,000 federal workers without pay has finally come to an end, at least for now. On Jan. 25, President Trump agreed to reopen the government for three weeks while negotiations over border security continued. As such, not only will hundreds of thousands of workers be eligible for a paycheck once again, but they'll also be getting back pay for the month-plus period they weren't receiving income.

It's certainly a dose of relief, especially in light of the number of workers who resorted to debt this past month in the absence of actual wages. But before we all get too comfortable with this seemingly positive turn of events, let's remember that the government could very well shut down once again after this three-week period comes to an end, leaving those same 800,000 workers in a similar boat. 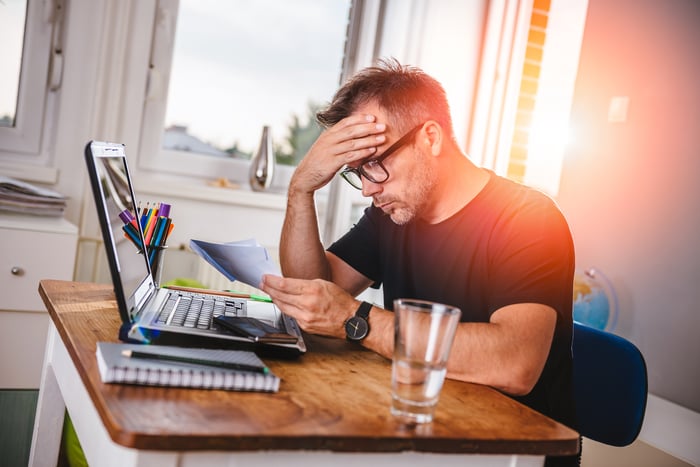 Of course, it's not just federal workers who risk losing their income for a stretch. While private-sector workers aren't directly affected by factors such as government shutdowns, none of us is immune to an extended loss of earnings. Any given employee, government or otherwise, could get laid off out of the blue, or encounter another scenario in which there's no money coming in. That's why we all need to learn one very important lesson from the whole shutdown ordeal: We need emergency savings, no matter how secure we think our jobs are.

The recent shutdown is an example of why emergency savings are so important. Without money in the bank, we all risk falling behind on our bills the minute an unplanned expense or missed paycheck comes into play. And while any amount of savings is better than having no savings at all, there's a reason we're told that our emergency funds should contain a minimum of three months' worth of living expenses. That way, there's enough money to cover a stretch of unemployment, or an even more extensive shutdown than the one we just experienced.

Now, if you're starting out with pretty much no money in the bank, you're not going to build your emergency fund overnight. But if you begin saving small amounts, you'll slowly but surely create that cushion so that the next time you need money in a pinch, it's there for you.

For starters, you can cut back on some expenses so you're able to free up cash. That could mean canceling a cable plan or gym membership, giving up a car you can technically live without, or cutting back on leisure and restaurant meals. Next, look into getting a side job on top of your regular one. Your earnings from it won't already be earmarked for existing expenses, which means you should have no trouble saving them. Finally, make a point of sticking whatever extra money comes your way into the bank until you've reached that three-month threshold. That means if you get a tax refund, bonus, commission, or generous birthday check from a family member, it should all go directly into savings.

The government might be open for now, but who knows what's in store for the federal workers who saw their worlds turned upside down this past month? The same holds true for private-sector workers, who don't face the same set of risks but aren't guaranteed a steady paycheck, either. You never know what sort of unpleasant financial surprise life might have in store for you, and if you want to avoid stress, debt, and a host of similarly unpleasant consequences, make building an emergency fund your next priority.