Please ensure Javascript is enabled for purposes of website accessibility
Log In Help Join The Motley Fool
Free Article Join Over 1 Million Premium Members And Get More In-Depth Stock Guidance and Research
By Maurie Backman – Mar 3, 2019 at 11:04AM

It'll also help you secure a steady stream of income. How's that for convenient?

Investing your money is a good way to grow it into an even larger sum over time. But if there's one downside to investing, it's having to pay taxes when your portfolio makes you money.

There are several ways you might get taxed on investments. If you sell assets for more than what you paid for them initially, you'll be liable for capital gains taxes. Similarly, if you earn income from your investments in the form of interest payments or dividends, the IRS will be entitled to a portion of that money as well. 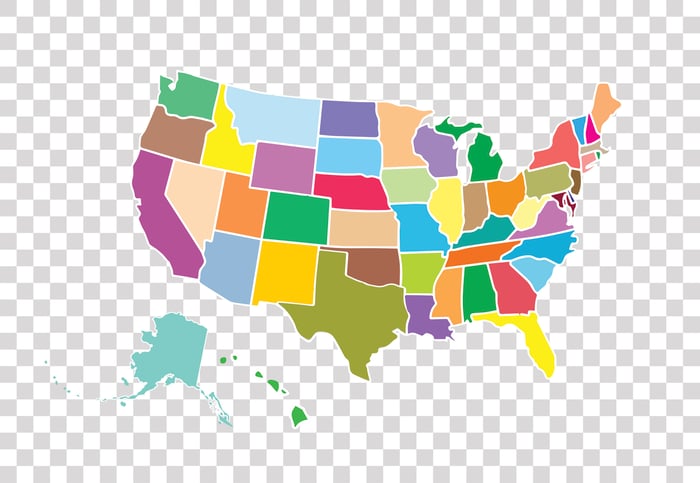 If you're tired of watching your tax burden go up as a byproduct of investing, here's one move that might help keep the IRS at bay: loading up on municipal bonds. Not only are they a relatively safe investment, but they're a good way to secure a steady stream of income that the IRS might not manage to touch.

What are municipal bonds?

General obligation bonds are backed by the full faith and credit of the issuing municipality, which means that if a city issues them, it's required to do everything in its power to make good on its bond payments. As such, general obligation bonds are considered to be safer than revenue bonds, which are backed by a specific revenue stream. For example, a city might issue revenue bonds to build a new toll road, and then repay bondholders once that road opens and motorists start paying to use it. There's a little more risk in investing in revenue bonds, because if a given project fails, bondholders could be out of luck.

A world of tax savings

From a tax perspective, municipal bonds offer investors a solid opportunity to save money. That's because the interest they pay is always exempt from federal taxes (whereas if you buy corporate bonds, you'll always pay taxes on the interest you receive). Furthermore, if you buy municipal bonds issued by your home state, you'll avoid state and local taxes as well.

Here's how that might play out. Let's say you're in the 24% tax bracket, and you receive $500 in corporate bond interest. The IRS, unfortunately, will take a $120 cut of that $500. But if you buy municipal bonds issued by your home state, and you receive $500 in interest from them, the entire $500 will be yours. That said, corporate bonds typically pay more interest than municipal bonds, so you'll need to determine your tax-equivalent yield to see which type ultimately leaves you with the most money in your pocket.

Another thing to keep in mind about municipal bonds is that while the interest they pay is exempt from federal taxes, and in some cases, state and local taxes as well, you will be liable for capital gains taxes if you sell your bonds at a higher price than what you initially paid for them. The amount you're taxed will depend on the length of time you hold those bonds for. If you hold them for a year or less, you'll face short-term capital gains taxes, which is effectively what you pay on ordinary income. On the other hand, if you hold your municipal bonds for at least a year and a day before selling them at a profit, you'll be taxed at the more favorable long-term capital gains rate.

A great way to diversify

Though municipal bonds generally aren't the most lucrative investment out there, they're a great way to secure a steady stream of income without having to worry about raising your tax burden. Furthermore, municipal bonds have a much more solid track record of meeting financial obligations than corporate bonds, so as long as you do your research before diving in, your chances of falling victim to a default are pretty low.