Talk about a step in the wrong direction.

Saving money often boils down to cutting back on expenses to free up cash. And in my line of work, I find myself constantly offering advice on how to curb spending, whether it's cooking at home instead of dining out or walking instead of springing for a taxi. But while there are some expenses that are ultimately a waste of money, I've learned the hard way that other expenses are well worth the cash. Here are three that I tried to save money on -- and wound up costing myself in the process.

Though my children spend the bulk of their day at school during the year, I usually call in a babysitter once or twice a week to entertain them during those late afternoon hours when my workday isn't quite wrapped up. At one point last year, I looked at the amount I was spending on a sitter and found that it was coming in higher than expected. As such, I decided to cut back for a month, and only called in my sitter once or twice to meet deadlines. 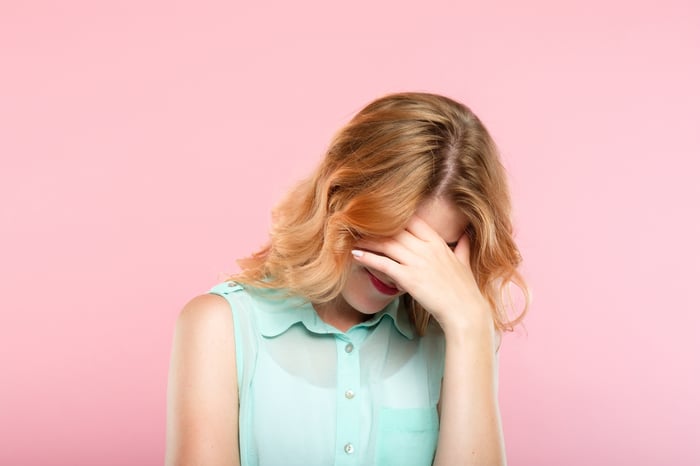 Big mistake. See, I imprudently thought that if I set my kids up with games and activities during those times when I needed to work, we could all get by without a babysitter. In reality, children don't work that way. Not only do they need entertainment, but they also need help with many basic tasks -- help that I was continuously asked to give them during times that I should've been plugging away.

The end result? By cutting back on babysitting hours, I wound up working less and earning less. And the amount I lost in earnings far exceeded the hourly fee my sitter would've charged. I've since changed my ways and brought my sitter back to her old schedule. And everyone is much happier for it.

When you're feeling frugal, you're sometimes inspired to do silly things. In my case, that meant cutting my own hair and botching it gloriously in the process. Naturally, I had to run to my hairdresser for a fix, but it took her so much time to undo the damage that it wound up costing more than a regular haircut. The lesson learned here is that some things are best left to the professionals, which leads to my final point...

When you own a home, there are countless opportunities to spend money, whether it's improvements, repairs, or basic maintenance. At one point shortly after we first moved into our current home, my husband and I grew tired of paying a premium for contractors to come in and fix the place up. Therefore, when the time came to install our new garage door openers, my husband insisted on doing the work himself, and I was all for it, since doing so would save us the $150 a local contractor had quoted us.

What happened instead was this: My husband, not being experienced in garage door installation, managed to give himself a massive head wound in the course of getting that job done. We then spent an evening in the ER that resulted in a $200 copay, a $10 bottle of antibiotics, and more blood stains on our garage floor than I'd like to remember. The moral, once again, is that it often pays to throw money at problems you're not really equipped to tackle yourself -- especially when doing that work puts your safety at risk.

Let's be clear: I'm all about saving money and finding ways to get by on less. At the same time, I've definitely made some bad calls in my day on the road to padding my bank account, and I'm hoping you'll learn from my mistakes to avoid a similar fate.