It's no secret that owning a home is an expensive prospect. Not only must you amass a reasonable down payment, but you'll also be signing up for what could be 30 years of mortgage payments, insurance, and property taxes.

If you're planning to buy property, you're probably aware of these costs. You're also most likely aware that it'll be on you to fix your home if something happens to go wrong. Underestimating the cost of keeping your home standing, however, could land you in financial trouble. 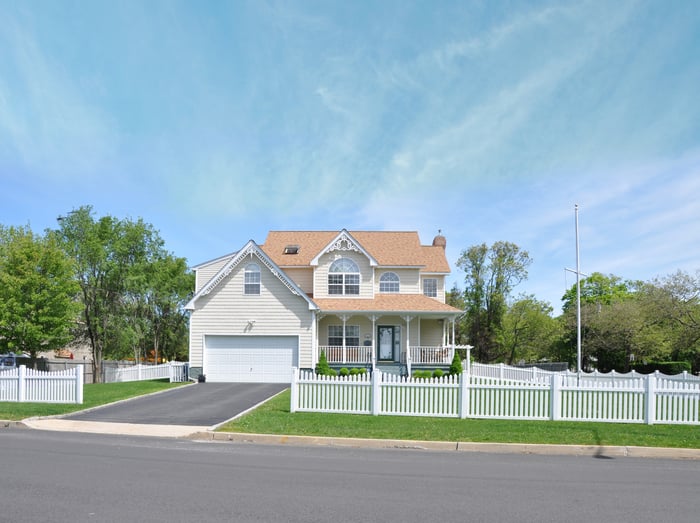 In the past year, 88% of homeowners were forced to make at least one major repair, reports home services site Porch. Not only that, but the average American spent $4,958 on home repairs and improvements during that time -- not a small amount of money. Therefore, if you've been under-budgeting for home maintenance, consider this your wake-up call to only move forward with buying a place of your own if you're financially ready.

Homeownership: It's pricier than you think

As a homebuyer, you have the option to lock in a fixed mortgage that'll leave you with predictable monthly payments over time. And while property taxes and insurance do have a tendency to climb, much of the time, those changes aren't so drastic from year to year.

What might catch you by surprise on the homeownership front, however, is the cost of maintenance and repairs. While that figure can vary from year to year, you can generally expect to spend between 1% and 4% of your home's value on upkeep. That assumes, however, that you don't face a major repair. If you do, you might have a year in which your home maintenance costs triple.

And that's why all prospective homeowners must do one thing before diving in: build some emergency savings. Without money in the bank, you might really struggle to cover a home repair that pops up when you least expect it. Or, you might be forced to charge that expense on a credit card and pay loads of interest in the process.

How much of an emergency fund do you need before you buy a home? As a general rule, you should aim to have three to six months' worth of living expenses in the bank to cover all types of unplanned bills. If you're a homeowner, or are planning to be, you're best off hitting the higher end of that range. That way, if something goes horribly wrong with your property, you're more likely to have the money to pay for it.

Remember, just because the typical American spent close to $5,000 on home repairs and improvements last year doesn't mean that you'll be looking at a similar figure if something goes wrong with your property. Replacing a roof, for example, could easily cost up to $10,000, while repairing a sinking foundation could cost more than $6,000. Furthermore, you might have a year when more than one large-scale project becomes necessary, and you need money in the bank to allow for that possibility.

Of course, you should make sure to include money for home maintenance and repairs in your monthly budget. But while that line item might cover run-of-the-mill upkeep, it probably won't suffice in paying for a major overhaul. Therefore, do yourself a favor and hold off on buying a home until you've accumulated a healthy level of emergency savings. Otherwise, owning property might be a decision you quickly end up regretting.