But it may not be too late to change it.

Of course, waiting to save for retirement isn't ideal, because the sooner you start building a nest egg, the more opportunity you have to take advantage of compounding. But if you happen to reach your 50s without much in the way of savings, you still have a great opportunity to make up for lost time. That's because both IRAs and 401(k) plans offer a catch-up provision to older workers that allows for higher annual contributions than younger workers. 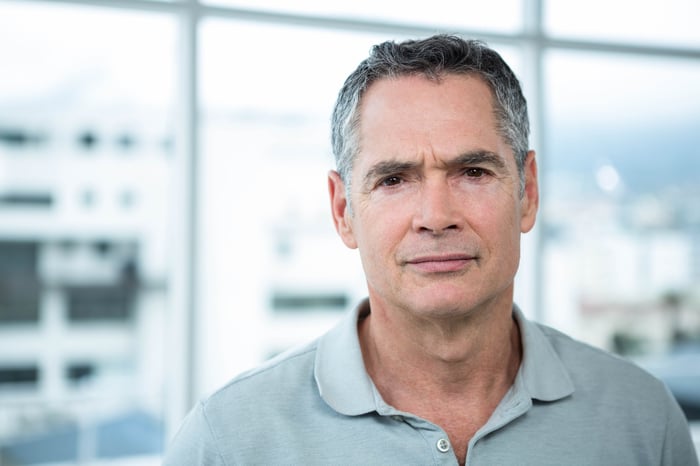 Making catch-up contributions in a retirement plan is one of the most efficient means of compensating for a slow start to saving. Yet only 30% of workers over age 50 make catch-up contributions in a 401(k), according to investment banking company Natixis. If you're not one of them, and you're behind on savings, consider this a warning that you're making a huge mistake.

What can an extra $6,000 a year do for your retirement savings?

You'd think that approaching retirement would light a fire under folks with lackluster savings to start doing better, and catch-up contributions are a great way to boost nest egg balances later in life. The fact that so few savers take advantage of this option is therefore concerning, but the reason might boil down to a lack of financial ability. After all, it's hard to scrounge up an additional $500 a month when you're dealing with mortgage payments, healthcare bills, and, depending on your circumstances, the costs associated with sending your older kids to college.

On the other hand, passing up the opportunity to bank an additional $6,000 a year might really hurt you in retirement. Remember, when you neglect to save extra money, you're not just missing out on that principal later on, but also, the growth it could've achieved.

Imagine you're 50 years old with the goal of retiring at age 70. If you were to sock away an extra $6,000 a year in your 401(k) over the next 20 years, all the while investing your savings at an average annual 7% return (which is more than doable if you load up on stocks), you'd add nearly $250,000 to your nest egg. That's a lot of potential retirement income to give up.

If you're having a hard time parting with that extra $6,000 a year, start making lifestyle changes that allow you to spend less. That could mean giving up a vehicle you can do without, cooking at home more often instead of dining out, and canceling services you rarely use, like your gym membership, cable package, or streaming plan. At the same time, consider getting a second job on top of your primary one to bring in some extra cash. Of the millions of Americans who have a side hustle, 14% do so for the express purpose of having funds to contribute to a retirement plan.

Remember, the money you put into a traditional 401(k) goes in on a pre-tax basis, so by contributing an extra $6,000 a year, you'll also be lowering your tax burden during the latter part of your career. And that benefit alone makes taking advantage of catch-up contributions a true no-brainer.