Setting funds aside for retirement isn't a directive aimed solely at older workers. Quite the contrary: Younger workers are also advised to contribute steadily to their IRAs or 401(k)s to give their money the maximum time to grow.

Unfortunately, younger adults have a knack for making excuses as to why they're not saving. Some blame their student loan payments, and the fact that they monopolize too much of their income. Others blame stagnant wages coupled with rising living costs. But these days, a growing number of young adults are neglecting their nest eggs for a different reason: They're convinced the planet is doomed. 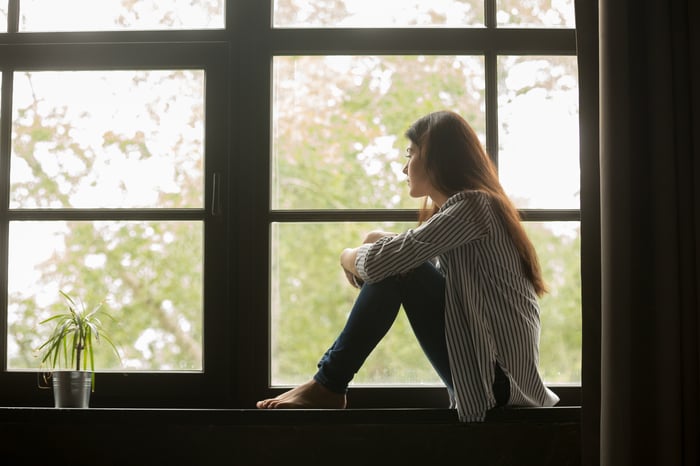 Is climate change to blame for absent savings?

An estimated two-thirds of millennials have no money set aside for retirement. But for some, that lack of savings is intentional. Those who fear the planet is in trouble may be more prone to neglect their savings due to serious doubts about their ability to physically thrive in the future.

Not convinced? Consider this: An estimated 72% of millennials say that their emotional well-being is impacted by the scary direction climate change is taking, according to a 2018 report from the American Psychological Association. Meanwhile, only 57% of adults over 45 suffer from similar anxiety.

Of course, there's no telling what climate change will ultimately have in store for millennials, or our planet, over the course of the next century. But one thing is for sure: If younger workers don't start saving, they won't have much to look forward to in retirement, regardless of how well the planet is faring at that point.

Let's not give up on the future

Though climate change is a scary notion, retiring without savings to pay the bills is an equally frightening prospect, especially since Social Security can't sustain seniors by itself. Fortunately, if there's one thing millennials have going for them, it's time, which means that those starting out with absolutely nothing in the way of savings still have ample opportunity to catch up.

Check out the following table. It illustrates how a series of modest retirement plan contributions can really add up over time when invested efficiently:

Now, the 7% average yearly return used above is a reasonable assumption for savers with a stock-heavy portfolio, since it's a couple of percentage points below the market's average. Anyone with a 40-year savings window should feel reasonably comfortable loading up on stocks and using them to generate wealth.

Of course, it's hard to push oneself to save when thoughts of the future are overwhelmingly bleak. But rather than give up hope, millennials should instead aim to strike a reasonable balance between enjoying life today and securing a solid income stream for their golden years. If lawmakers crack down, changes ensue, and our planet thrives despite all dire predictions stating otherwise, today's younger workers are going to have a major money problem on their hands when they make it to old age and realize they still have several decades to go.