Though it's been roughly a decade since the Great Recession plagued Americans and turned their finances upside down, a large number of U.S. adults are still struggling to recover. One in four Americans say that their financial situation hasn't changed since the Great Recession, according to Bankrate, while 23% say they're worse off now financially than they were back then.

Much of the problem boils down to stagnant wages. Although the job market has been relatively healthy in recent years, 54% of Americans say their wages have yet to return to their pre-recession level.

Compounding the issue is the fact that we don't know when the next economic downturn will hit. Those still struggling to recover from the Great Recession stand to feel the impact if the economy soon takes a turn for the worse. 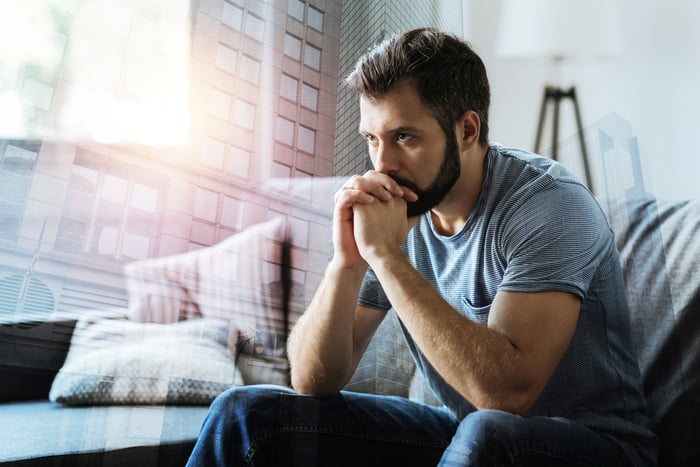 Still, all is certainly not lost. If you're still working on recovering financially from the last major recession, here are a few things you can do to expedite that process, all the while preparing for what may lie ahead.

1. Get a handle on your spending

If your finances are still hurting from events that transpired years ago, it may be time to reexamine your spending and aim to cut back. The easiest way to do so is to map out a budget, see where you're spending more than necessary, and reduce those specific categories. Dining out less frequently and canceling a rarely used monthly gym membership could conceivably save you more than $1,000 in the course of a year, and those are just a couple of options to consider. But having that budget will put you in a better position to evaluate your expenses and make smart decisions about them.

A big reason so many people's finances took a hit during the Great Recession was that they lacked emergency savings to tide themselves over during periods of unemployment. To prevent that from happening again, make an effort to build an emergency fund with three to six months' worth of living expenses. That fund could come in handy if you lose your job in the coming years, and it could also give you some much-desired peace of mind along the way. Once you identify some bills in your budget to cut, you can use your savings to slowly but surely build those cash reserves.

The less debt you carry, the healthier you'll be financially. If you're sitting on a pile of unhealthy credit card debt, paying it off quickly could save you money on interest -- money you can then use for other purposes, like building more savings. But it's not just credit card debt you ought to get rid of. If you're carrying a large mortgage that's hard to keep up with, you might consider downsizing to a smaller home and slashing your living costs in the process. The same holds true if you're making payments and covering the cost of maintenance and insurance on a car you like having but can technically get by without.

Earning more money could be your ticket to recovering financially from the last recession, managing your bills, building savings, and eliminating debt. But chances are you can't just march into your boss's office and demand a raise. What you can do, however, is work on boosting your job skills so that you're eligible for a promotion that comes with a higher level of compensation. Additionally, it pays to consider getting a side job on top of your regular one. That way, you're guaranteed an increase in income, and you'll also have a gig to fall back on if another recession hits and your main job is yanked out from under you.

The Great Recession hit a lot of people hard. If you're one of them, don't resign yourself to a lifetime of financial instability. Instead, take steps to improve your personal economic picture, even if it means changing the way you spend and manage your money.