Millions of seniors collect Social Security in retirement, and those benefits help many of them cover their bills and avoid poverty. But unfortunately, women tend to receive lower benefits than their male counterparts, and that's problematic for a couple of reasons.

First, women tend to earn less than men -- we can thank the wage gap for that. As such, they often have a harder time building savings independently, and therefore grow more reliant on Social Security once their careers come to a close. Additionally, women tend to live longer than men, which means they also have a greater risk of depleting their nest eggs in their lifetime. Higher retirement benefits, however, would help stretch their savings, all the while giving women more income to work with. 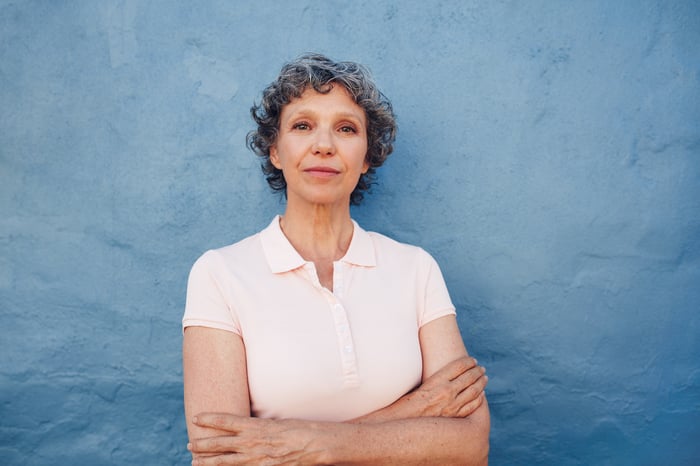 Just how bad is the discrepancy between what men and women collect in Social Security? In 2015, the average yearly retirement benefit for women was $14,184, but for men, it was $18,000. That's a pretty sizable gap when we consider that male and female retirees are apt to face similar expenses.

Of course, it's easy to explain why women get stuck with lower benefits. Because they've historically been more likely than men to take time off during their careers to raise children, they miss out on years of income. Meanwhile, Social Security benefits are calculated based on a recipient's highest-paid 35 years of earnings on record. If a woman doesn't have a full 35 years of work under her belt, she'll get a $0 factored in for each year she didn't earn money, thereby bringing down her benefits.

Furthermore, because women earn less than men across a wide range of fields, they have a lower wage base that's factored into their benefits. This means that even if a woman works a full 35 years, she might still get stuck with lower benefits by virtue of that lower income.

If you're a woman who's expecting to depend on Social Security to some degree in retirement, it's imperative that you take steps to boost your benefits as much as you can. Otherwise, you'll risk struggling financially later in life.

Getting more out of Social Security

Though women might traditionally get less money from Social Security than men, that doesn't mean you need to resign yourself to years of lower benefits. If you're eager to see those benefits go up, one of the most important things you can do is hold off on taking them as long as possible. For each year you delay your benefits past your full retirement age, you'll get an 8% bump, up until age 70. And, that increase will remain in effect for the rest of your life.

Another way to grow your benefits? Work longer, especially if you took time off earlier on in your career, whether to raise children or for another reason. If you're able to replace some $0 years in your benefits calculation with an actual income, you'll raise your monthly payments. Even if you did work for 35 years, if you're earning more toward the end of your career than you did back when you entered the workforce (which is likely the case), you'll replace some lower-income years with higher-income years.

Finally, don't shy away from fighting for raises during your career, especially if you do your research and find that you're statistically underpaid for what you do. Even a small boost in earnings could propel your salary upward for many years to follow.

Many women inevitably wind up getting less money from Social Security than men -- but you don't have to resign yourself to that fate. Make every effort to boost your benefits, especially if you don't have much in the way of retirement savings and expect to rely on Social Security heavily during your golden years.