Save yourself some money -- don't fall for these common misconceptions.

IRAs are among the most commonly used retirement savings accounts, but Americans have several misconceptions about them. Believing these fallacies can cause people to miss out on valuable savings opportunities or run into unexpected expenses. Below, I shine a light on four of the most common IRA myths.

1. If you make too much money, you can't contribute to an IRA.

This is half true. Anyone can contribute to a traditional IRA, which gives you a tax break on contributions this year but then taxes your retirement distributions, regardless of income. But single adults with a modified adjusted gross income (MAGI) of $137,000 or more and married couples with a MAGI of $203,000 or more cannot contribute directly to Roth IRAs, which tax you on your contributions this year but don't tax retirement distributions.

Fortunately for these people, there is a roundabout way of making Roth IRA contributions regardless of income. It's called a backdoor Roth IRA. 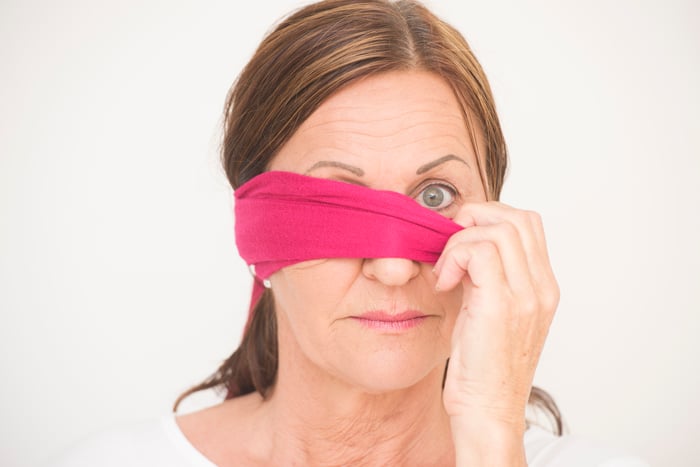 You open a traditional IRA and contribute funds up to the annual limit -- in 2019, it's $6,000 if you're under 50, $7,000 if you're 50 or older -- and then do a Roth IRA conversion in the same year. It's a little more complicated than contributing directly to a Roth IRA, but the end result is the same. You pay taxes on your contributions the year you make them, and then the money grows tax free afterward and you aren't taxed in retirement.

2. You can't contribute to an IRA without a job.

Single adults can't contribute to an IRA without a source of income, but this isn't true for married couples. As long as one spouse is earning income, he or she can make contributions to a spousal IRA in the nonworking spouse's name. This enables the couple to save twice as much as the annual contribution limits would normally allow.

The only rules are that the couple must be legally married and file a joint tax return, and the working spouse must make at least enough money to cover all the contributions made to both IRAs during the year. The spousal IRA funds are placed in the name of the nonworking spouse, so if the couple later splits up, the working spouse has no claim to that money.

3. You can't touch your IRA funds until retirement.

There's no rule saying you cannot withdraw your IRA funds at any time. But if you withdraw your funds before reaching age 59 1/2, you could pay a 10% early withdrawal penalty. If the money comes from a traditional IRA or a Roth IRA you've had for less than five years, you could pay income tax as well. But once you turn 59 1/2, these restrictions go away, and you're free to withdraw as much as you please, even if you're not retired yet.

There are other ways to get around the early withdrawal penalty. The government makes exceptions for first-home purchases, medical expenses that exceed 10% of your adjusted gross income (AGI) -- income minus tax deductions -- and qualifying educational expenses, among other things. Another option is substantially equal periodic payments (SEPPs), which require you to withdraw money every year for at least five years or until you reach age 59 1/2, whichever is longer. You're also free to withdraw Roth IRA contributions at any time because you've already paid taxes on them, but you'll pay a penalty if you withdraw earnings before age 59 1/2.

But just because you can withdraw money from your retirement savings doesn't mean you should. Doing so will hurt the growth of your savings and could leave you without enough money when you're ready to retire. This could force you to go without things you need or to rely on your children to support you. Create a special savings account to cover emergencies and large purchases. Rely on this instead of your retirement accounts whenever possible.

4. You can leave money in your IRA for as long as you want.

Once you turn 70 1/2, the government forces you to withdraw a portion of the money from all your retirement accounts each year, except Roth IRAs. Adults who are still working and own less than 5% of the company they work for are permitted to delay these required minimum distributions (RMDs) until they retire. You can figure out how much you're required to withdraw each year by dividing your retirement account balance by the distribution period next to your age in this worksheet. Failure to withdraw at least this much by the annual deadline results in a 50% penalty on the amount that you should have withdrawn.

The problem with RMDs is that they could force you to withdraw more than you'd like, pushing you into a higher tax bracket. You can minimize your RMDs by making larger withdrawals from your tax-deferred retirement savings in the early years of your retirement and holding your Roth savings for later. However, this approach will raise your tax bill in the early years of your retirement, so you have to weigh the pros and cons to decide the right move for you.

Understanding the rules regarding IRAs is crucial to getting the most out of them. If you weren't planning for RMDs or you didn't know that you could contribute to an IRA with a high income or no income at all, now's the time to make some changes so you can prepare for a comfortable retirement.