There's no one "right" way to save for retirement, and everyone will have different goals and strategies. But regardless of how you choose to save, it's essential to stash at least a little away for retirement now.

The earlier you begin saving for retirement, the easier it is to accumulate several hundred thousand dollars (or more) for your golden years. But if you start falling behind and put off saving for too long, you'll likely need to make some sacrifices to be able to catch up.

However, not everyone is willing to make those sacrifices. Surprisingly, 67% of Americans say they'd rather cut back on expenses in retirement than make sacrifices now to save more, a survey from TD Ameritrade found. Although it's good that workers realize they'll need to make sacrifices at some point, not saving for the future could have greater consequences than you think. 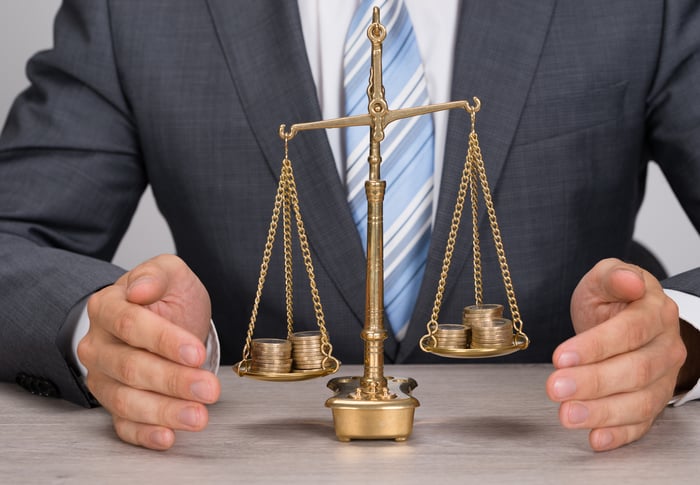 The cost of not saving for retirement

You may be left to depend on Social Security benefits alone if you run out of savings in retirement, and the average check comes out to just $1,471 per month. If that's not enough to cover all your basic living expenses, you'll need to make some cutbacks.

In addition, you could see your costs increase in retirement, making it even harder to live without savings. Healthcare expenses, for example, continue to rise, and the average retiree spends approximately $4,300 per year on out-of-pocket healthcare costs, according to a report from the Center for Retirement Research at Boston College. Long-term care costs could also potentially break the bank, with the average semiprivate nursing home room costing around $6,800 per month. Medicare typically won't help with long-term care, either, so expect to foot the bill for those expenses.

At the very least, spending retirement with little to no savings will make it hard to live the life you may have envisioned. Even if you don't go bankrupt, you likely won't be able to travel extensively, spend your time taking classes or learning new hobbies, or go out to weekly dinners with friends. Rather, you'll be pinching pennies just trying to get by every month. If that doesn't sound like how you want to spend retirement, it's a good idea to ramp up your savings now.

The good news is that you don't need to sacrifice everything you love now to grow your retirement fund. Especially if you get started saving early, even a couple hundred dollars per month can go a long way.

The first step is to figure out where all your money is going to see if you're overspending in certain areas. When you're not tracking your expenses, it's hard to see exactly how much you're spending on nonessential costs. A few dollars here and there on takeout, subscription services, or morning coffee may not seem to make much difference, but combined, these costs add up quickly.

It's easier than ever to start tracking your expenses, and you can even use an app on your phone to do it for you automatically. Once you know where you're spending each month, set limits in each spending category and put the savings toward your retirement fund.

Keep in mind that you may not have to make drastic cuts. In fact, you might be more likely to stick to your budget if you instead make several minor adjustments. If you slash everything you love from your budget, telling yourself you'll never buy lattes or go out for lunch again, it probably won't take more than a few weeks for you to abandon your budget and go back to your old spending ways. But if you aim to simply cut back on -- not eliminate -- certain expenses, you can start making more financially healthy choices that don't feel like major sacrifices. For example, rather than getting coffee every day, cut back to just two or three times a week. Or if you want to go out to dinner with friends every so often, eat dinner at home the rest of the week.

By making small adjustments across your budget, you may be able to save hundreds more per month -- and that money can add up significantly over time. For example, if you save an extra $200 per month and stash it in your retirement fund earning a 7% annual rate of return, that will amount to close to $100,000 after 20 years.

Saving for retirement requires sacrifices to some degree, and if you don't make those sacrifices now, it will come back to haunt you later in life. However, you don't have to slash your budget to the bare bones to increase your retirement savings. By making smart financial choices and cutting back where you can, you'll be able to grow a healthy nest egg that will make for a more enjoyable retirement.