Please ensure Javascript is enabled for purposes of website accessibility
Free Article Join Over 1 Million Premium Members And Get More In-Depth Stock Guidance and Research
By Maurie Backman - Oct 29, 2019 at 6:08AM

Avoid these at all costs.

We all have our share of bad habits in life. Some of us eat poorly. Others procrastinate. But when it comes to money matters, the wrong behavior could prove disastrous in the long run. Here are a few financial habits you should absolutely aim to kick sooner rather than later -- before they hurt you in the long haul.

Many people don't budget because they think it's difficult, boring, or just plain unnecessary. But if you don't make an effort to stick to a budget, you'll have no idea where your money goes month after month, which can make it tricky, if not impossible, to amass any sort of savings. 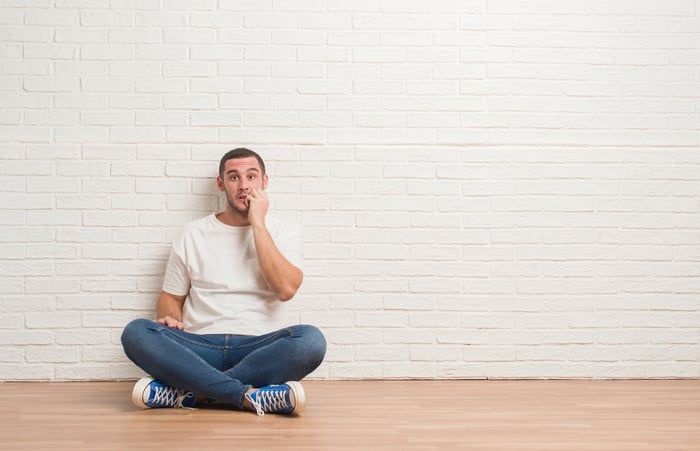 If you've been neglecting to budget, now's the time to set one up. To do so, list your recurring monthly expenses, factor in sporadic expenses (like your annual warehouse club renewal fee), and compare what you spend to what you earn. If there's not room left over to set aside at least 10% of your income, then you'll know that you're spending too much. And at that point, you'll be able to consult your budget and see which expenses will be easiest to cut back on.

2. Giving in to impulse buys

It's not uncommon to head to the store with a couple of items in mind, only to emerge with a cart full of things you never planned on buying. In a study published earlier this year by The Ascent, 42% of respondents said they regularly waste money on impulse purchases. But it's those very purchases that can cause you to overspend, rack up debt, and struggle financially after the fact.

A better bet? Go shopping with lists, and stick to them. If need be, leave your credit cards at home if you can't trust yourself not to stray, and only bring enough cash to cover the purchases you plan to make.

Any time you fail to pay off your credit card balance in full, you sign up to pay your issuer interest. And that's problematic, because the more money you throw out on interest, the less you'll have for other important goals, like building an emergency fund.

Rather than go that route, pledge to never charge more on a credit card than you can afford to pay off by the time its bill comes due. And if you don't trust yourself to follow that rule, cancel your credit cards. Though you'll lose on out certain protections and rewards, you'll come out ahead by virtue of not racking up expensive debt.

Many people think they don't need to save for retirement because their living expenses will be cheap once they stop working, and they'll get by on Social Security alone. Big mistake. Those benefits only replace about 40% of the typical earner's pre-retirement wages, and most seniors need about double that sum to keep up with their bills while maintaining a decent standard of living.

If you've been neglecting your nest egg, now's the time to start funding an IRA or 401(k). If you contribute to the traditional version of either account, you'll get a tax break on the money you put in, which will help make it easier to part with that cash. And if you can't afford to make huge monthly contributions, do what you can, because it'll go a long way over time. Setting aside $100 a month in either account over 40 years will leave you with about $240,000 in retirement savings, assuming you invest that money at an average annual 7% return, which is doable with a stock-heavy portfolio.

Bad habits can be difficult to break. But if you're guilty of the above, make a point of pushing yourself to change. Your finances depend on it.