These days, early retirement is all the rage. Read the news, and you'll see stories of folks in their 30s, 40s, and 50s touting the FIRE movement (Financial Independence, Retire Early). And it's easy to see why that concept holds so much appeal. Retiring early should, in theory, let you reclaim control of your life. Rather than report to a boss, you'll get to report to yourself. Your days will be yours to spend as you choose, and you won't have to wait till you're older and in worse health to do the things you've always dreamed of.

It's a nice idea if you really have the money for it. But saving enough to retire early is easier said than done. Even if you're willing to make major lifestyle sacrifices to amass a substantial amount of savings, that may not solve all of your future problems. Here are a few reasons you really shouldn't retire early -- even if you're convinced you can afford to. 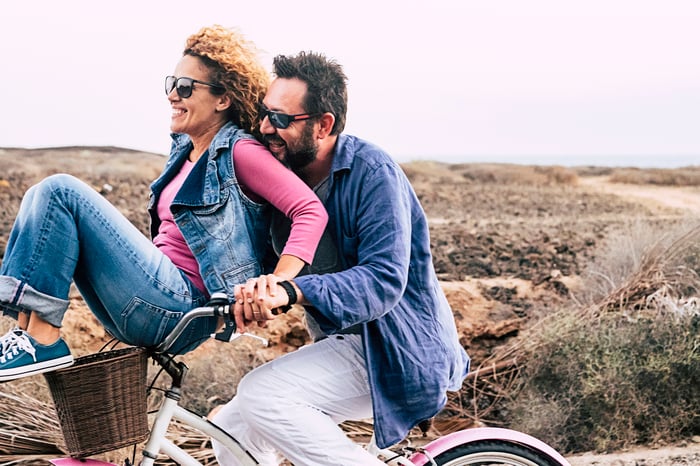 1. Healthcare may cost more than you think

If you're planning to continue living in the U.S. in early retirement, you'll need to pay for health coverage. Medicare eligibility doesn't begin until age 65, and going without health insurance is a downright dangerous move no one should risk. But buying health insurance may be a more expensive prospect than you'd expect.

Based on today's rates, an East Coast couple in their 40s with an annual income of $60,000 is looking at a monthly health insurance premium of roughly $300 all the way up to almost $1,700, and an annual out-of-pocket deductible of $3,000 to $6,900 (the more expensive the premium, the lower the deductible, and vice versa). That's a lot of money to shell out for healthcare, and it doesn't include costs like copays or coinsurance once your deductible is met. Therefore, while you might think you've saved enough to retire early, you may find that needing to pay for health insurance suddenly makes your lifestyle unaffordable.

2. You could reduce your Social Security benefits

If you're planning to retire in your 30s, 40s, or 50s, you know you won't be eligible to collect Social Security for quite some time. And you may not need those benefits so badly when you're relatively young and your expenses are more predictable. But as you age, you may find that they come in quite handy, in which case reducing them could prove problematic.

But the earlier you leave the workforce, the more of a hit your benefits are likely to take. That's because those benefits are calculated based on your 35 highest-paid years of wages. For each year you go without an income within that 35-year range, you'll have a $0 factored into your benefits equation. The more $0s, the lower your benefits will be. On top of that, if you retire early, you may be more likely to claim your benefits early, which will also leave you with less money from Social Security later in life, when you need it.

Retirees are 40% more likely to struggle with clinical depression than workers, and the reason often comes down to boredom. If you retire at an age when you're still physically fit and mentally sharp, you may find that you're starved for meaningful things to do with your days.

Remember, traveling the globe costs a lot of money, so if that's your plan, your savings may not be enough to sustain that lifestyle for too long. And once you're forced to settle down and live frugally, you may find that you don't have enough income to keep yourself adequately entertained. Furthermore, if you retire early, you may end up being the only person in your social circle in that boat. As such, you could wind up starved for company as well as things to do, and in time, that could change your outlook for the worse.

Though retiring early might seem like a liberating move, be sure to think about the flipside before making that your goal. You may find that rather than leaving the workforce early, you're better off shifting toward work you really love. That way, you won't feel like you're wasting away in an office, but you also won't take on the many risks early retirement can expose you to.