The start of a new year can bring about some degree of uncertainty. Different policies might take place at work, or your health insurance plan might change, and not necessarily for the better. Fidelity recently asked Americans of all ages what they're worried about going into 2020, and here are the top financial concerns they identified.

For 51% of Americans, unanticipated bills are a major source of concern for 2020. Given that an estimated 39% of U.S. adults don't have enough money in savings to cover a mere $400 emergency, that makes sense. If you don't have enough money saved up to cover at least three months' worth of living expenses, start cutting back on your spending. Map out a budget and live more frugally until you've amassed some cash reserves. And if there's only so much you can cut back on, think about getting yourself a second job to pad your bank account. 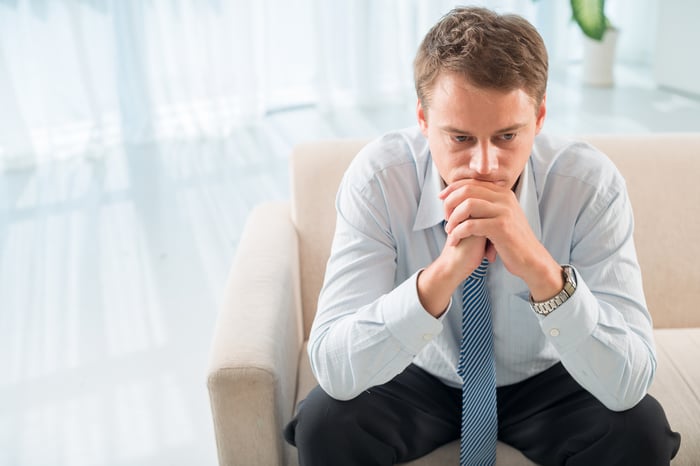 A good 38% of Americans are worried about carrying personal debt in 2020 -- including that of the credit card, mortgage, and student loan variety. The reality is that while the latter two debts are considered the healthy kind to have, credit card debt certainly is not, so the sooner you're able to shake it, the less money you'll throw out on interest. Paying off credit card debt could entail the same tactics you use to build your emergency fund -- spending more cautiously and boosting your income with a side gig. You can also make that debt more affordable by refinancing it to a lower interest rate, which, incidentally, is an option for your mortgage and student loans as well.

3. Not saving enough for short- and long-term needs

This one's a little clunky, but in a nutshell, 36% of Americans are worried they won't do a good enough job saving for near-term goals as well as retirement. But the solution, once again, boils down to smart decisions and more judicious spending, coupled with a boost in income from a second job. Furthermore, when you contribute to a traditional retirement savings plan, like an IRA or 401(k), that money of yours goes in tax-free. The result? An instant lowering of your tax bill, which makes saving more feasible.

It's not surprising to see that 33% of Americans fear climbing healthcare expenses in the coming year. In fact, a large percentage of working and retired adults are struggling to keep up with their medical bills at present, and with changes on the horizon going into the new year (like Medicare premium hikes), it's an extremely valid concern. To combat it, save efficiently for healthcare if you're still working. Contribute as much money as you can to a health savings account if you're eligible to do so, or be sure to fund a flexible spending account this year so you have pre-tax funds available for healthcare expenses in 2020. And if you're retired and on Medicare, take advantage of its free preventive health services, which can save you money by nipping potentially costly health issues in the bud.

Again, that's another mouthful, but in a nutshell, these are all factors that worry 23% of Americans despite them being out of their control. What you can control, however, is how you prepare for negative economic news or a widespread market downturn. For one thing, have emergency savings -- it's your best bet in case the economy tanks and your job is compromised. For protection against stock market volatility, diversify your investments, and also, make sure they're age-appropriate; you don't want a portfolio of 95% stocks in the year leading up to your retirement. Finally, pay attention to interest rates, but don't necessarily obsess over them unless you're planning to apply for a mortgage. While movement on interest rates could impact your investments' value, if you follow the aforementioned rules, you'll better position yourself to come out OK.

Clearly, there's plenty to worry about on the financial front going into 2020, but rather than focus on the negative, think about the ways you can improve your financial picture. The more proactive you are in that regard, the less you should have to be concerned about.