Saving for retirement in a tax-advantaged account like an IRA or 401(k) is a smart thing to do. With a traditional IRA or 401(k), you get a tax break on your contributions, and the investments in your account get to grow on a tax-deferred basis for years. The only time you're liable for taxes is when you take withdrawals. With a Roth IRA or 401(k), you don't get that immediate tax break on contributions, but rather, your investments grow tax-free, and withdrawals in retirement also aren't taxed.

But the IRS won't let you reap those tax benefits forever. Once you turn 70 1/2, you'll need to start removing a portion of your retirement savings each year, or otherwise face severe penalties. That withdrawal is known as a required minimum distribution, or RMD, and unless you're housing your savings in a Roth IRA, it's something you'll need to worry about every year. 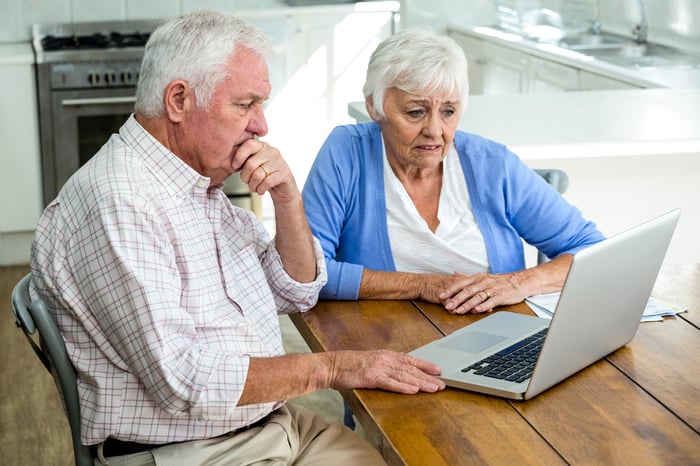 Now your first RMD is due by April 1 following the year you turn 70-1/2, which means if you turned or are turning 70 1/2 in 2019, you don't have to take that withdrawal until 2020. But once you take that initial RMD, all subsequent ones are due by the end of each respective calendar year. This means that if you're on the hook for an RMD this year, and you haven't taken it yet, you'd better get moving. Otherwise, you'll risk a huge penalty that could be costlier than expected.

When you fail to take a portion of your RMD or your entire RMD for a given year, you lose 50% of the amount you were supposed to remove from your retirement account. That's right -- if your RMD for 2019 is $10,000, and you neglect to take it on time, the IRS gets $5,000 of your hard-earned money.

Rather than let that happen, get moving immediately on your RMD if you haven't taken this year's withdrawal. It could take a few days to complete the process, and with just a few business days left this calendar year, time is truly of the essence.

That said, there's a good chance you'll receive a check in the amount of your RMD, and if you don't manage to cash it by December 31, don't panic. As long as that money is out of your IRA or 401(k) by that date, the IRS will consider you to have met your obligation and won't come after you for that penalty.

Of course, you'll need to be careful about what you do with your RMD funds, because unless that money is coming from a Roth 401(k), there will be tax implications involved -- meaning, you'll owe the IRS a portion of that withdrawal, just as you would if you were to remove funds from your retirement plan simply because you want to. In other words, the taxes you pay on your RMD aren't a penalty; but they could wreak havoc on your finances if you don't plan for them.

Though RMDs are a drag, their rules are worth following if you want to avoid losing money. If you still need to take your 2019 RMD, stop what you're doing and get on it -- before time runs, and you're out of luck.