Seniors on Medicare know all too well that the costs associated with it can be burdensome. While Medicare Part A, which covers hospital care, is usually free for enrollees, Parts B and D, which cover preventive/outpatient care and prescriptions, respectively, and comprise the remainder of seniors' coverage under original Medicare, charge enrollees a premium. The good news, however, is that there are steps you can take to lower your Medicare premium costs, thereby stretching your retirement income even further.

1. Enroll in Part B on time

Your initial window to enroll in Medicare spans seven months. It begins three months before the month of your 65th birthday, and it lasts for three months following that month. If you don't enroll during that initial period, you can sign up at a later point in time -- but you might pay more. For each 12-month period you go without Part B coverage upon being eligible, you'll be charged a 10% penalty on your Part B premiums that will remain in effect permanently. As such, it really pays to sign up on time. 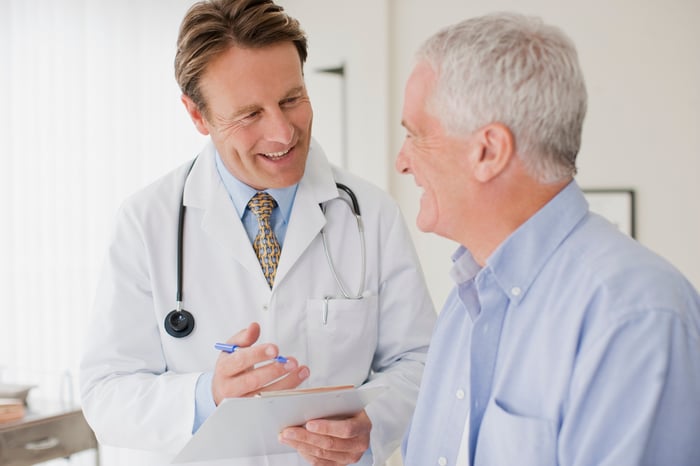 Keep in mind that the rules are different if, come age 65, you still have access to a group health insurance plan through an employer (yours or your spouse's). In that case, you get a special eight-month enrollment period to sign up for Medicare that begins once you separate from your employer, or once your group coverage goes away -- whichever happens sooner. As long as you enroll during that eight-month window, you'll avoid a Part B penalty.

Just as you'll be penalized for going too long without Part B coverage, so too can the same thing happen if you go 63 days or more without a Part D plan (or without any prescription drug coverage). The penalty you'll face in that scenario is 1% of the national base beneficiary premium ($32.74 in 2020) times the number of full months you didn't have prescription drug coverage. As such, if you go 15 months without coverage, you'll face a penalty of $4.90 per month in 2020.

The standard monthly premium for Part B in 2020 is $144.60. But if you're a higher earner on Medicare, you'll pay even more. Once your income exceeds $87,000 as a single tax filer, or $174,000 as a joint filer, you'll be subject to what's known as an IRMAA (income-related monthly adjustment amounts) surcharge on your premiums, the exact amount of which will depend on what your earnings look like.

On the other hand, if you're able to lower your income enough to avoid that surcharge, or lower it enough to put yourself in a lower surcharge tier, you'll pay less for Part B. A good way to go about that is to line up tax-free income sources that won't raise your earnings threshold for Medicare premium surcharges. These include Roth IRA withdrawals, or HSA withdrawals, which you can actually use to pay for those premiums.

Even if you're entering retirement with a healthy level of savings, Medicare premiums can eat up a large chunk of your income, leaving you with less financial flexibility when you need it. Make theSe moves to lower your premium costs, and you'll have one less thing to stress about at a time when money might be tight.