Please ensure Javascript is enabled for purposes of website accessibility
Log In Help Join The Motley Fool
Free Article Join Over 1 Million Premium Members And Get More In-Depth Stock Guidance and Research
By Maurie Backman - Jan 3, 2020 at 6:18AM

The start of a new year is a good time to take stock of your finances and change them for the better. That could mean making an effort to boost your retirement savings, paying off some costly debt, or socking away funds for specific goals on your radar, like college or buying a home.

But if there's one money move to especially focus on this year, it's building an emergency fund. Doing that is so important, in fact, that it should trump any other financial objectives you set for yourself.

Why your emergency fund needs to come first

Having emergency savings to cover three to six months of living expenses is crucial. Why? Think about the many scenarios in life in which you may need money in a pinch. A pipe in your home could burst or leak; your car's transmission could fail at the worst possible time; your health could take a turn for the worse, landing you in the hospital or leaving you unable to work for a period of time.

All of these circumstances are solvable if you have money in the bank to tackle them. But if you don't build up some cash reserves, you'll have fewer options when unplanned costs pop up out of the blue. 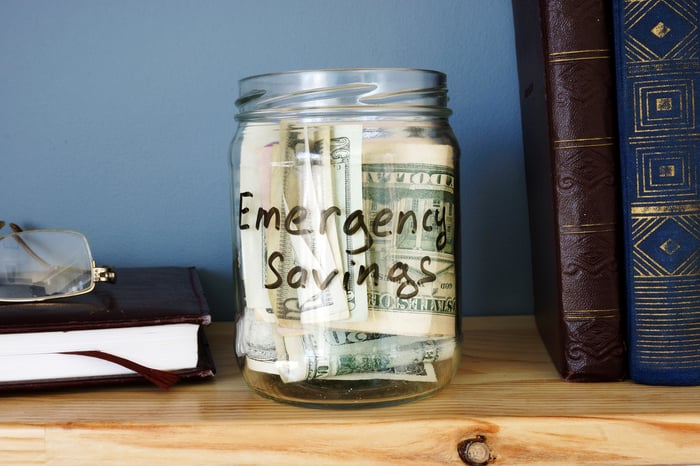 That's why building an emergency fund is more important than paying down existing debt. Though that debt may be costing you a boatload of interest, if you don't manage to sock some money away in the bank, you're likely to rack up even more debt the next time an unexpected bill lands in your lap.

Similarly, you actually shouldn't put money into your IRA or 401(k) until you have a healthy near-term savings cushion. Though it's important to build a nest egg for retirement, the money in your IRA or 401(k) generally can't be accessed until age 59 1/2. Withdraw funds early, and you're looking at sizable penalties for doing so. But what if you encounter a home or vehicle-related emergency at age 35? If all you're sitting on is a $5,000 IRA balance with no money in an actual savings account, you'll still be in a pretty bad spot.

That's why building an emergency fund should be your chief financial goal this year. And if you're not sure how to go about it, you can try these tactics:

The sooner you establish your emergency fund, the sooner you'll get the peace of mind that comes with knowing you're covered in the face of unplanned bills. And that's reason enough to prioritize emergency savings above all else.