Please ensure Javascript is enabled for purposes of website accessibility
Log In Help Join The Motley Fool
Free Article Join Over 1 Million Premium Members And Get More In-Depth Stock Guidance and Research
By Maurie Backman - Jan 27, 2020 at 7:22AM

It has to do with one major buying decision.

For many Americans, a vehicle is an unavoidable expense. Unless you live in a city with accessible, affordable public transportation, you need a car -- not just to get to work, but to function on a whole. The more expensive that vehicle is, though, the more it's apt to wreak havoc on your finances.

Thankfully, most Americans are finally gearing up to make a smart choice about their next automobile purchase. Specifically, 69% of U.S. adults say they'd likely consider a used vehicle the next time they need to buy a car, according to a survey by Ally Financial.

If your current vehicle is on its way out and you're planning to get a new one in the not-so-distant future, it pays to set your sights on a used model rather than spring for a new one. The savings you stand to reap could be substantial. 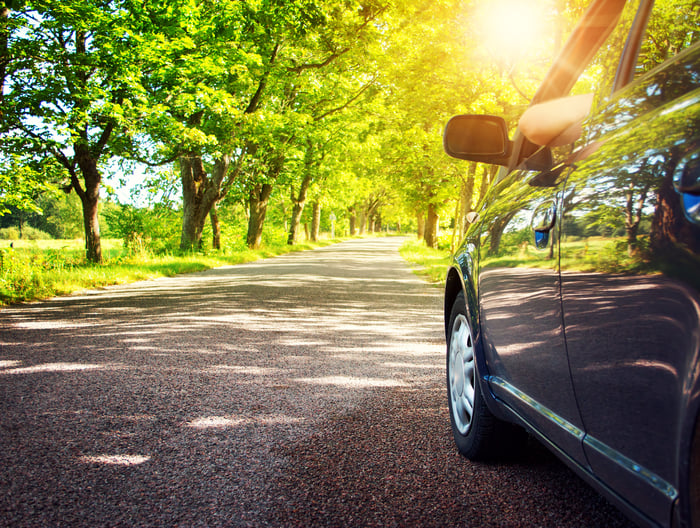 What makes a new car such a bad buy?

Of course, it's easy to see why a used car would cost less than a new one on average, and to be fair, this single data point doesn't speak to the average condition of a used car that can be had at a $20,200 price point.

But here's one thing you should know about new cars: They lose roughly 20% of their value the minute you drive them off the lot. That's really not an exaggeration, and it highlights why buying new is often a poor choice. Sure, you may get a nicer-looking vehicle by buying new, or better access to the features you want. But generally speaking, there's nothing to be gained financially by opting for a new car.

Now some people will argue that new vehicles are less likely to require repairs than older ones. That may be true initially, but new car warranties generally only remain in effect for three years or 36,000 miles, which means beyond that point, you could be looking at costly repairs on a new vehicle just as you run that risk with an older one. And if you're thinking an extended warranty is the answer, remember that the coverage you're entitled to under one may not mimic what you'd get with an initial warranty, and that there's a cost to buying one.

As such, you could really wind up saving yourself a bundle of money by buying a used car over a new one. And that could, in turn, work wonders for your finances.

What can that extra money do for you?

An estimated 60% of Americans don't have $1,000 in savings. If you're part of that statistic, then spending less on a car could help free up money to boost your bank account balance and prevent you from racking up debt the next time you're faced with an unplanned bill.

Along these lines, 42% of Americans have under $10,000 set aside for retirement. Lowering your car payments by buying used is therefore a good way to free up cash to fund your 401(k) or IRA.

Even if you're doing well savings-wise, it never hurts to have extra money -- and leeway -- in your budget, so unless there's a compelling reason pushing you to buy a new car, you should consider the upside of buying used. If you purchase that vehicle from a reliable source, there's a good chance you'll get great value out of it, which is a better bet than sinking money into something that will only be worth 80% of its price tag five minutes after you buy it.