Please ensure Javascript is enabled for purposes of website accessibility
Log In Help Join The Motley Fool
Free Article Join Over 1 Million Premium Members And Get More In-Depth Stock Guidance and Research
By Maurie Backman – Feb 2, 2020 at 7:36AM

Need a massive savings boost? Here's how to make it happen.

It's no secret that Americans aren't doing all that well in the savings department. An estimated 39% of U.S. adults don't have the money on hand to cover a $400 emergency, and 45% of Americans have no money earmarked for retirement savings.

If your savings efforts have been far from fruitful in recent years, it's time to do better -- even if that means going to a bit of an extreme to get there. Here are a few far-out but effective methods of boosting your savings -- and buying yourself the financial security you're currently missing. 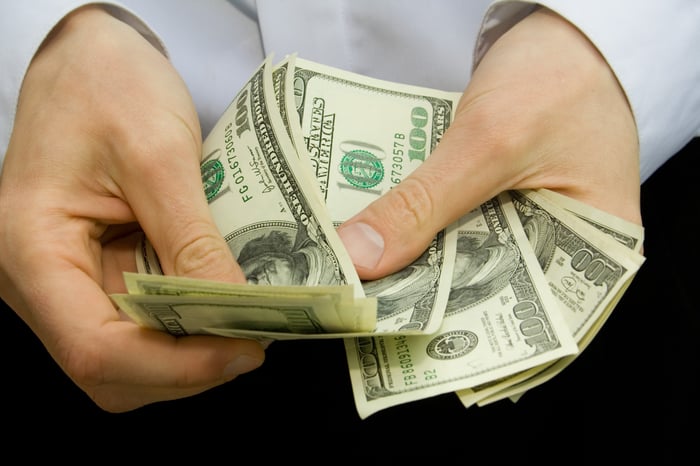 If you're not familiar with no-spend periods, they involve not forking over so much as a dime on non-essentials for different periods of time. It's common to have an occasional no-spend week or no-spend month, but if you're really intent on boosting your savings, you may want to extend that restriction for a full year. That's right -- no restaurant meals, non-work clothing, or paid entertainment for an entire 12 months.

Will that be difficult? Absolutely. But imagine you currently spend $600 a month on dining out, leisure, apparel, and other items you enjoy having but can technically live without. In the course of a year, you'll be $7,200 richer.

2. Live in the smallest home possible

Housing is the typical American's greatest monthly expense, so if you're able to reduce it substantially, you're apt to boost your savings in a very meaningful way. Imagine you currently rent a three-bedroom, 2000-square-foot apartment with your spouse and child for $2,000 a month. If you were to downsize to a one-bedroom (yes, you read that correctly) that takes up 800 square feet, you might reduce your rent to $1,000.

Will living in cramped quarters for a year be easy? Not at all. But if it saves you $12,000, it's a sacrifice worth making.

3. Go without a car -- even if public transportation isn't great where you live

It costs $9,282 a year, on average, to own a vehicle, according to AAA. If you're willing to give yours up, you could wind up banking that much cash in the course of a year instead.

Now if you live in an area where public transportation is abundant, that's not such a huge ask. But if you live in suburbia, it could prove more challenging. That doesn't mean it can't be done, though. You could consider carpooling with your spouse (meaning, downsize from a two-car household to a single car), catching rides with friends or colleagues, or biking to and from work if that's a reasonable thing to do (if your office is 40 miles away, it's not).

Will giving up a car limit you logistically and socially? Probably. But think about it this way -- if it's harder to get around, you may be less inclined to dine out or spend money on entertainment, which will help your savings efforts.

The typical American spends $3,456 a year on restaurant meals and food outside the home, according to the U.S. Bureau of Labor Statistics. But restaurants generally charge a 300% markup on the items they serve, which means that if your spending is in line with the typical American's, you could save yourself close to $2,600 in the course of a year by cooking every meal you eat at home.

Will that constitute a time investment? It sure will. But you never know -- you may discover that you enjoy cooking your own food, and that doing so is healthier for you anyway.

If you're doing reasonably well financially -- meaning, you're on track for retirement and have a healthy emergency fund -- then there's certainly no need to go to any of the above extremes (unless, of course, you happen to love a good challenge). But if your near-term and long-term savings are virtually nonexistent, then you may need to take drastic measures to build them up. The good news? You don't need to commit to these extremes for a lifetime. Make any of the above moves for a single year, and your savings could easily take a turn for the much improved.