Social Security benefits in the United States aren't well-understood by many pre-retirees. The benefit formula is a bit complex, and many people simply don't have any idea how much they should expect to get.

To look at one example, let's say that you make $100,000 per year. Here's a rundown of what this means in the context of the Social Security formula, as well as an estimate of how much you could expect to receive when you claim your own retirement benefit. 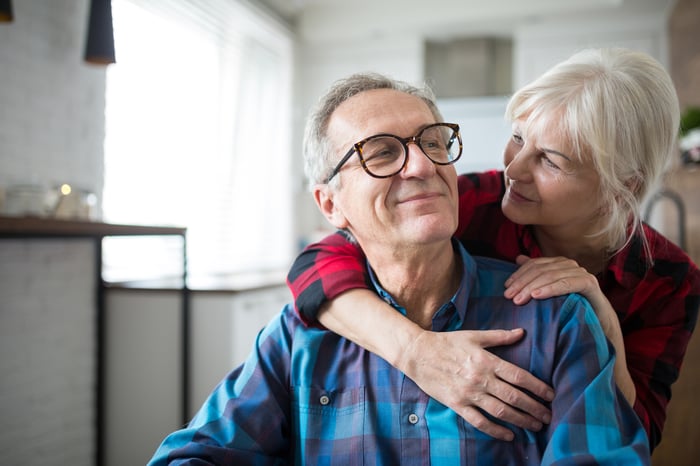 There's not an easy answer

With that in mind, let's take a look at how much someone who earned an average of $100,000 per year (in 2020 dollars) throughout their career could expect from Social Security.

The Social Security Administration (SSA) takes an inflation-adjusted average of your 35 highest years and divides it by 12 to calculate your average indexed monthly earnings, or AIME. If you averaged $100,000 per year, your AIME would be $8,333.

For 2020, the Social Security benefit formula is:

Of course, this is a simplified example. There are a few things to keep in mind that could result in a higher or lower monthly benefit:

Will Social Security be enough?

Based on our calculation of a $2,790 Social Security benefit, this means that someone who averages a $100,000 salary throughout their career can expect Social Security to provide $33,480 in annual income if they claim at full retirement age. This means that Social Security would replace just over one-third of their preretirement income, which is not even close to the 70% to 80% of your salary that most financial planners suggest in order to maintain the same quality of life.

In a nutshell, Social Security is not likely to be enough to retire comfortably all by itself. This is especially true for higher earners, since the benefit formula is weighted in favor of lower-income workers.

How Much Will I Get From Social Security if I Make $100,000? @themotleyfool #stocks Next Article
Current