Please ensure Javascript is enabled for purposes of website accessibility
Log In Help Join The Motley Fool
Free Article Join Over 1 Million Premium Members And Get More In-Depth Stock Guidance and Research
By Maurie Backman – Feb 15, 2020 at 9:02AM

Tempting as it may be to file for benefits as early as possible, recent research shows that doing so could seriously backfire.

The decision to file for Social Security isn't one to take lightly. You can claim the full monthly benefit you're entitled to based on your earnings history at full retirement age (FRA), which is either 66, 67, or somewhere in between, depending on your year of birth. The Social Security Administration, however, allows seniors to access their benefits as early as age 62 in exchange for a substantial reduction, or delay benefits past FRA for a sizable boost.

Not shockingly, 62 remains the most popular age for claiming benefits, and, in the case of an FRA of 67, it can mean collecting that money for five extra years. But despite the upside of getting that cash early, a report released last year by the National Bureau of Economic Research linked filing for benefits early to a greater chance of living in poverty later in life. And that's a risk that seniors can't afford to take. 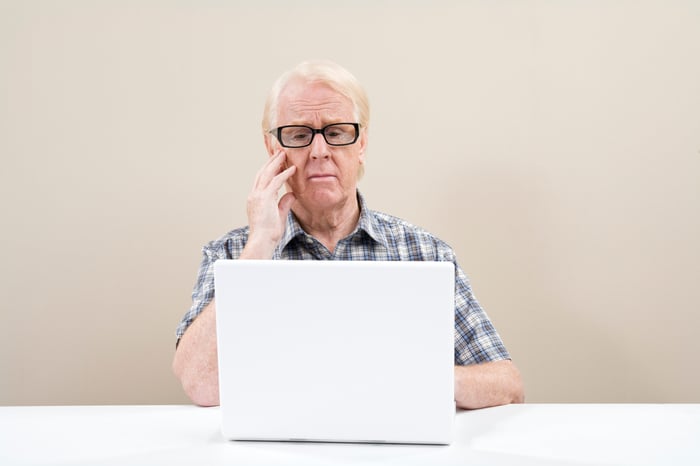 The downside of filing early

The interesting thing about Social Security is that it's designed to pay seniors who live an average lifespan the same amount of money regardless of whether they file for benefits early, on time, or late. The logic is that claiming Social Security ahead of FRA results in less income each month, but a longer period of payments. By contrast, delaying benefits yields a higher payment each month, but fewer individual payments. All in all, things are supposed to even out -- yet the aforementioned research finds that that may not always be the case.

Not only that, but seniors who expect to live a longer life than average are generally advised to delay benefits. Yet less than 4% of filers wait until they turn 70 to sign up for Social Security, whereas close to 35% claim benefits at the earliest possible age of 62, thereby reducing their monthly income for life.

Can you afford a hit on benefits?

Seniors should, ideally, enter retirement with a healthy level of savings so that Social Security only represents a portion of their total income. In reality, many retirees come in financially unprepared.

An estimated 28% of Americans aged 60 to 69 have less than $50,000 socked away for their golden years, according to TD Ameritrade, which means they're apt to be heavily reliant on Social Security to pay the bills. It's those same people who should therefore shy away from filing early to avoid a substantial reduction in benefits. But many seniors who are short on savings claim benefits at 62 anyway, and, in doing so, set themselves up for a lifetime of financial struggle.

Imagine you're entitled a $1,500 monthly benefit -- which is roughly what the average senior collects today -- at an FRA of 67. Filing at 62 will lower your monthly Social Security income to just $1,050. That may be perfectly fine if you have a healthy nest egg to tap. But if you're sitting on, say, $50,000 in savings, and you withdraw from your nest egg at a rate of 4% per year, you'll supplement your annual income by just $2,000. Factor in $1,050 a month times 12, and you're looking at living on $14,600 a year. And that's why you may want to think twice before rushing to claim benefits the moment you're eligible for them.

Of course, there are plenty of good reasons to claim Social Security early -- for example, if your health is poor and you're unlikely to live a long life. And if you've been let go at work and don't have a job to pay your bills, then you're better off filing for Social Security ahead of FRA than racking up credit card debt in the course of paying your basic expenses. But unless there's a truly pressing reason driving you to claim benefits at 62, you may be much better off sitting tight until FRA or even beyond. Jump the gun, and you might sorely regret it as retirement goes on.