Please ensure Javascript is enabled for purposes of website accessibility
Log In Help Join The Motley Fool
Free Article Join Over 1 Million Premium Members And Get More In-Depth Stock Guidance and Research
By Maurie Backman – Feb 26, 2020 at 7:22AM

When you need cash in a pinch, it can be tempting to tap your retirement savings. After all, that money is already yours. Raiding your retirement plan means you avoid the hassle of applying for a loan elsewhere -- and possibly getting rejected.

Now if you're housing your retirement savings in an IRA, borrowing from it is basically off the table. (There's a loophole, but you really shouldn't use it.) Most 401(k) plans, though, do let you take out a loan against your balance. But while that might seem like a good solution to whatever financial issue you're grappling with, you should know that taking out a 401(k) loan is a move that could backfire in a big way.

Here are three reasons why you're better off avoiding a 401(k) loan. 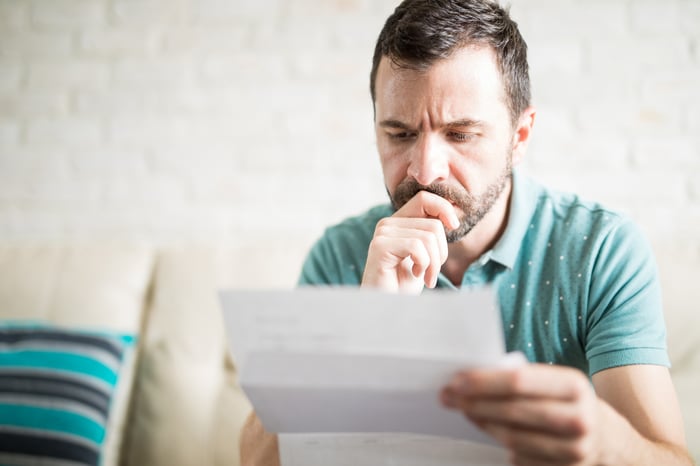 1. You'll face huge penalties if you can't pay it back

Generally speaking, you get five years to pay back a 401(k) loan, which can be a reasonable chunk of time to gather the funds you'll need. But what if you're not able to repay it in time? In that case, the loan gets treated as an early 401(k) distribution, which means you'll be hit with a 10% early withdrawal penalty on the amount you removed. Furthermore, if you miss the repayment window on a Traditional 401(k) loan, you'll be subject to taxes on that sum, and that's a price you probably don't want to pay.

2. Your repayment period may be shorter than you'd think

Though you'll usually get five years to repay a 401(k) loan, if you stop working for the company that sponsors the retirement plan, you'll generally need to pay back that money right away -- usually within 90 days. Of course, if you know you're not ready to repay what you've borrowed, you can stop yourself from going out and finding another job -- that's easy. But if your company lets you go, for whatever reason, you could be stuck with a sudden large expense just at a moment when your income has fallen off a cliff.

Odds are, you've invested the money in your 401(k) with an eye toward growth, and the best fuel for that growth is time. Any period when some of that money is not invested -- for example, because you've borrowed it -- it's not growing. And the less growth you generate, the less income you stand to retire with.

Now one thing you should know is that when you take out a 401(k) loan, you have to pay yourself back with interest. But that interest may be considerably less than the returns leaving that money invested in your account would have given you, which means you could still end up behind where you would have been when your retirement arrives.

Borrowing from your 401(k) might seem like an easy solution when you need money. But hopefully, now that you're aware of the downsides, you'll find another way to cover your near-term expenses that doesn't risk robbing your future.