Please ensure Javascript is enabled for purposes of website accessibility
Log In Help Join The Motley Fool
Free Article Join Over 1 Million Premium Members And Get More In-Depth Stock Guidance and Research
By Maurie Backman - May 3, 2020 at 7:46AM

COVID-19 has been battering the U.S. economy since it first took hold (at full-force) back in March. Since then, an estimated 26 million Americans have lost their jobs and the paychecks that go with them.

But lost income isn't the only casualty of COVID-19. A large number of workers get their health insurance through their employers, and as such, it's estimated that over 9 million Americans have lost that coverage in the course of the pandemic. 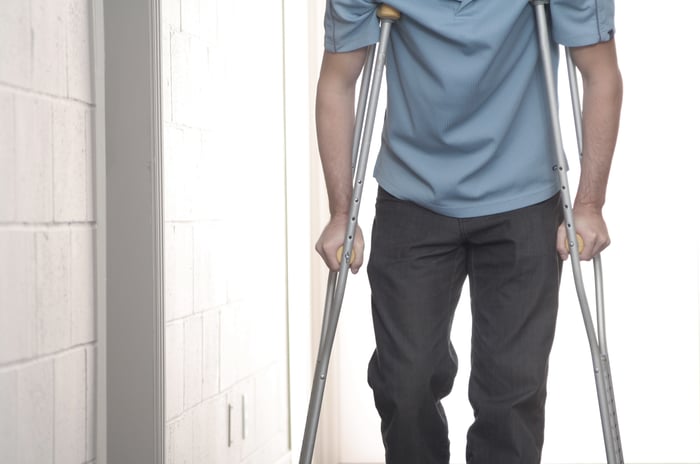 Of course, not having health insurance is a dangerous thing at any time. Even if you're a relatively healthy person, a random illness or injury could leave you on the hook for thousands upon thousands of dollars in medical bills. But when there's a global outbreak at play, not having insurance truly isn't an option.

If you've lost your employer-sponsored health insurance, your best bet may be to jump onto your spouse's plan -- but that assumes you're married, or that your spouse has a plan of his or her own. Otherwise, here are your choices

Medicaid will only be an option if you're a very low earner, and the requirements to get on Medicaid vary from state to state. You can try applying through your state Medicaid agency and seeing what shakes out, but keep in mind that it generally takes 45 days for applications to be approved.

Short for the Consolidated Omnibus Budget Reconciliation Act, COBRA allows you to retain your former employer's health plan for up to 18 months. There's just one catch -- you'll need to pay for that insurance in full. Many employers heavily subsidize the cost of insurance so that workers only pay a fraction of what their premiums actually cost. As such, you may find that COBRA is too expensive for you, especially now that your paycheck is gone.

You're entitled to sign up for insurance through healthcare.gov outside of its annual open enrollment period if your existing coverage goes away. Your plan options will vary by tier, with bronze plans being the most affordable premium-wise and gold or platinum plans being more expensive initially. But lower-tiered plans tend to come with higher out-of-pocket costs, so you'll need to compare your choices carefully to see what makes the most sense. You may also find that some of your plan choices are comparable to what you'd spend on COBRA, in which case it could pay to keep the plan you're already used to -- especially if you're pleased with your coverage. On the other hand, if you buy a plan through healthcare.gov, you may be entitled to a subsidy based on your income that makes your coverage more affordable.

Losing your health insurance during a global health crisis is definitely bad news. If you've been laid off, don't delay in exploring your options for obtaining health insurance -- because the last thing you need right now is the financial risk that goes with not having any.