Please ensure Javascript is enabled for purposes of website accessibility
Log In Help Join The Motley Fool
Free Article Join Over 1 Million Premium Members And Get More In-Depth Stock Guidance and Research
By Maurie Backman – May 15, 2020 at 8:01AM

Social Security may be in serious trouble, and the sooner today's workers recognize that, the better.

Today's workers may not enjoy paying Social Security taxes on their incomes, but they do so because they have to and because of the promise that those benefits will be there when it's their turn to retire. But are workers convinced they'll receive their scheduled benefits once the time comes to claim them? A recent survey by the Employee Benefit Research Institute says otherwise.

Specifically, 52% of workers aren't confident that Social Security will be able to continue paying benefits that are of equal value to those received by seniors today. And sadly, those 52% may be on the right track. 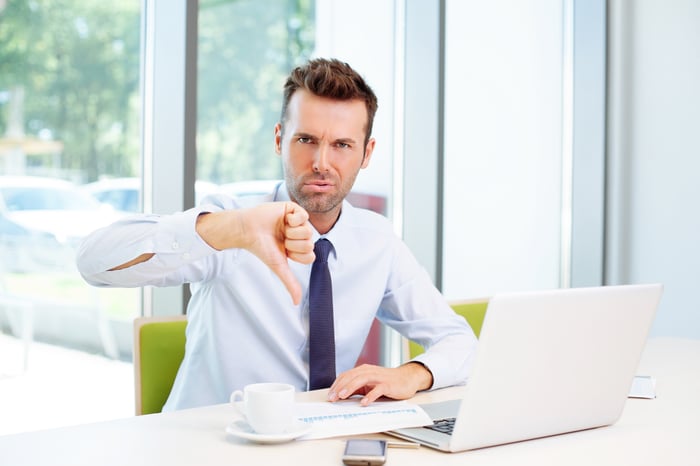 What does Social Security's outlook entail?

Unfortunately, there's been a lot of negative news around Social Security in recent weeks. In April, the program's Trustees released their annual report, which confirmed that Social Security is set to deplete its trust funds by 2035. Once that happens, the program may be forced to cut benefits universally if lawmakers don't manage to step in with a fix.

Why are those trust funds so important? In the coming years, Social Security expects to owe more in benefits than it collects in revenue, due to the mass exodus of baby boomers from the workforce. Benefits can be preserved at their scheduled level by supplementing that difference with the program's trust funds, but once those funds run out of money, all bets are off.

The COVID-19 crisis hasn't helped matters, either. A record number of Americans are unemployed right now, which means workers who once paid Social Security taxes on their incomes to fund the program are now collecting unemployment benefits, which aren't subject to Social Security taxes. As such, those trust funds may be depleted even sooner than 2035 if the pandemic drags on and the economy stays closed for a prolonged period of time.

Have your own backup plan

If you're convinced that Social Security won't have the financial means of paying scheduled benefits once it's your turn to collect them, you may, unfortunately, be right -- though it's worth noting that lawmakers are invested in avoiding a scenario where benefits are cut, so that may not happen. The good news? You have the ability to devise your own backup plan -- namely, by padding your 401(k) or IRA so that you have enough money in retirement savings to cover all or most of your bills. That way, you can look to Social Security as extra money, not money that's essential to staying afloat.

Keep in mind that Social Security was never designed to sustain retirees by itself in the first place. Those benefits will replace about 40% of your income if you're an average earner -- assuming they aren't slashed, of course. Most seniors, however, need more like 70% to 80% of their former earnings to live comfortably, so relying heavily on Social Security just isn't a good idea, even if lawmakers come up with a solid plan to avoid a reduction in benefits.

It's easy to see the attitude of the 52% of workers who aren't confident in Social Security as pessimistic. But actually, it's realistic, and will hopefully drive more people to save independently for retirement to avoid a financial shortfall later in life.