Please ensure Javascript is enabled for purposes of website accessibility
Log In Help Join The Motley Fool
Free Article Join Over 1 Million Premium Members And Get More In-Depth Stock Guidance and Research
By Maurie Backman - May 23, 2020 at 8:02AM

Older workers may have a harder time recovering from layoffs than younger workers, and that puts them at risk of forced retirement.

In April, the U.S. unemployment rate reached its highest level since the Great Depression, and older workers were part of those dire statistics. In fact, the unemployment rate among workers aged 55 and older jumped to 13.6% in April, up from 2.6% earlier in the year. But while older workers aren't the only ones getting laid off, they're the ones who might struggle the most to find new jobs for a few reasons.

First, their age. Many employers try to avoid hiring workers who appear to be on the verge of retirement for fear that their skills will be outdated or they'll up and leave the workforce a year or two later. In fact, during the last recession, it took workers aged 51 to 60 nine months, on average, to find another job, whereas for workers aged 25 to 34, the average time out of work was under six months. 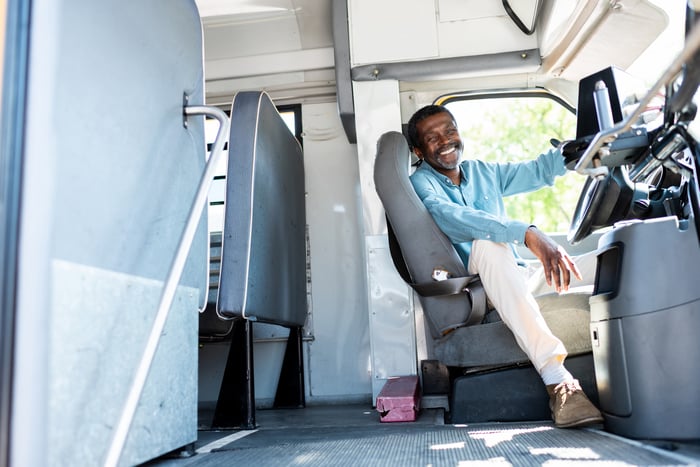 Additionally, older workers may have a harder time returning to work due to health issues or concerns that make doing so less safe. It's said that COVID-19 is more likely to have a severe health impact on older adults, so even those who receive job offers may have to decline.

Finally, older workers tend to engage in jobs that can't be done remotely. For example, 58% of motor vehicle operators are 55 or older, according to SeniorLiving.org. That's a job that simply cannot be performed from home. As such, unemployed older workers may be facing unique challenges right now -- challenges that could force them into early retirement.

Older employees who are out of a job don't necessarily need to throw in the towel and resign themselves to a retirement they aren't ready for. It's possible that an effective COVID-19 treatment or vaccine will be made available within the year (though that's a pretty aggressive timeline for the latter), at which point returning to the workforce could be a safer prospect. And once it's safe for the economy to open back up fully, jobs should become more abundant.

Of course, remaining unemployed for a full year may not seem doable, but some older workers may have the option to sit tight and wait things out before rushing to claim Social Security or raid their retirement plans. For one thing, unemployment benefits are currently getting a $600 weekly boost, and lawmakers are pushing to extend that boost through the end of 2020. Right now, it's set to expire in July. For low or moderate earners, that boost could serve as a solid means of income replacement when combined with an initial unemployment benefit.

Furthermore, many older Americans have equity in their homes, even if those properties aren't paid off. Borrowing against those homes via a home equity loan or line of credit could give older unemployed workers access to money that they can they repay once returning to work becomes feasible and safe. Personal loans are another option for those who don't own homes or have equity in one, though strong credit is required to make them affordable.

Americans aged 55 and over represent 23% of the workforce -- or at least they did prior to COVID-19. While older employees may be facing unique challenges right now, those who are out of work don't necessarily have to rush into retirement. Sitting tight, boosting job skills, and tapping immediately available financial resources in the interim could allow some older workers to emerge from the crisis relatively unscathed so that they're then able to enjoy more years of collecting a paycheck.