Please ensure Javascript is enabled for purposes of website accessibility
Log In Help Join The Motley Fool
Free Article Join Over 1 Million Premium Members And Get More In-Depth Stock Guidance and Research
By Maurie Backman – Jun 3, 2020 at 6:18AM

A major source of retirement income could end up disappointing you.

Millions of seniors look to Social Security to help fund their retirements. In fact, those benefits are a major source of income for 64% of retirees today, according to the Society of Actuaries.

Unfortunately, you may wind up disappointed in your benefits as a senior since they could end up coming in lower than expected. Here's why.

1. Social Security's trust funds are set to run out of money

In April of 2020, the Social Security Trustees reported that the program's trust funds are set to run dry by 2035. Social Security will rely on those cash reserves in the coming years to keep up with scheduled benefits, since it expects to owe more money than it takes in. The reason for that boils down to the mass exodus of baby boomers from the workforce that's expected to happen over the next decade or so (one that may be fueled by COVID-19-related unemployment, too). Once those trust funds run out of money, benefits could be slashed by more than 20%, leaving current and future recipients in the lurch. 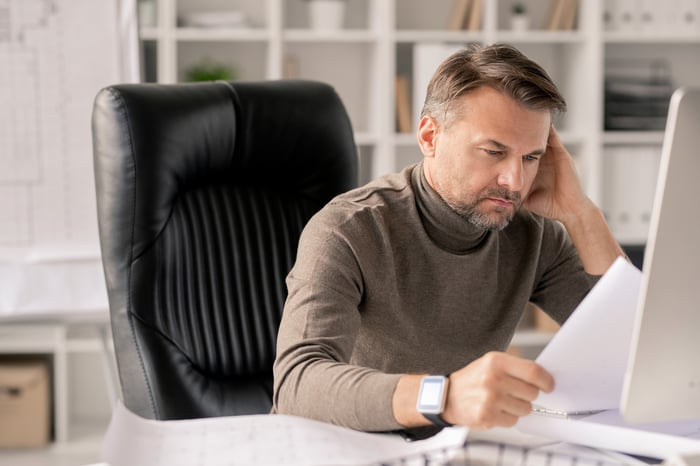 2. You jump the gun on claiming benefits

Your Social Security benefits are calculated based on the wages you're paid during your most profitable 35 years in the workforce. But you're not entitled to your full monthly benefit based on that calculation until you reach what's known as full retirement age, or FRA.

Here's what FRA looks like based on the year you were born:

If you file for Social Security before FRA -- you can do so as early as age 62 -- you'll reduce your monthly benefit in the process and, generally, for life. That may not be a huge deal if you're loaded up on retirement savings and don't expect to be all that reliant on Social Security to pay your bills. But if that's not the case, it definitely pays to commit your FRA to memory and sit tight until then.

3. You don't correct errors on your yearly earnings statements

Each year, the Social Security Administration (SSA) issues an earnings statement summarizing your wages for the year. If you're 50 or older, you'll get that information in the mail. If not, you can create an account on the SSA's website and access it there.

Many people ignore their annual earnings statements. After all, who needs more paperwork to go through? But if you don't take the time to read that statement carefully, it could end up costing you in benefits.

Though errors on earnings statements aren't overwhelmingly common, they can happen, and if information about your wage history is misreported in a way that works against you, the result could be a lower monthly benefit in retirement. Imagine, for example, that last year, you earned $68,000, but you switched jobs mid-year, and one employer somehow didn't report your wages to the SSA, or the SSA doesn't have those wages on file. If that results in last year's wages being logged as $42,000 instead of $68,000, that's the sort of thing that could affect your benefit calculation. That's why it's so important to review your earnings statement each year and contact the SSA if what you're seeing isn't correct.

There are a number of reasons your Social Security benefits could end up lower than anticipated. Some reasons, like the program's trust funds running out of money, are clearly out of your hands. But it's certainly within your control to hold off on filing for Social Security until you reach FRA, and to report errors on your earnings statements, so aim to do just that if you want a more robust retirement benefit to look forward to.