Please ensure Javascript is enabled for purposes of website accessibility
Log In Help Join The Motley Fool
Free Article Join Over 1 Million Premium Members And Get More In-Depth Stock Guidance and Research
By Maurie Backman – Jun 5, 2020 at 6:18AM

If you do the same, you might sorely regret it later on.

The COVID-19 crisis is hitting a lot of people hard. Suddenly, Americans across a range of income levels are being forced to make difficult choices -- decisions that could impact their long-term financial well-being.

If your income has dropped over the past few months, or you're simply concerned about preserving your income, you may be thinking of reducing or halting your retirement plan contributions. And if you go that route, you won't be alone. Around 21% of Americans who are 10 years or more away from retirement have either cut back on or suspended contributions to their IRAs or 401(k)s because of the pandemic, reports Personal Capital in a new survey. Meanwhile, another 30% are thinking of doing the same. But that's a move that could backfire in the long run. 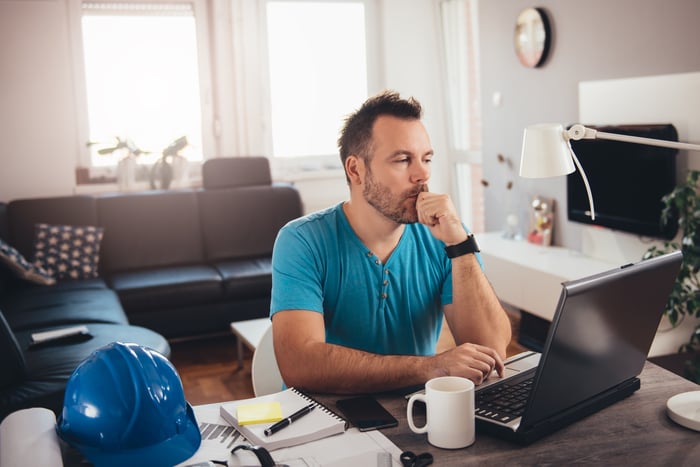 If your income has gone down during COVID-19 to the point where you're struggling to pay the bills, then you may have no choice but to cut back on retirement plan contributions. Similarly, if you're short on emergency savings (meaning, you don't have enough money in the bank to cover at least three months' worth of living expenses), then you should absolutely scale back those contributions until you've amassed a more solid level of cash reserves. But if you're doing well with emergency savings, and your income has held steady during the crisis, then now's really not the time to neglect your long-term savings.

Why funding your retirement plan today is so important

If you're at least 10 years away from retirement, it means you have a fair amount of time to grow today's IRA or 401(k) contributions into a notable sum. Imagine you typically put $2,000 a year into your retirement plan, but you make the decision not to do so for 2020. You may be thinking: "No big deal; I'll just retire with $2,000 less. It won't make a difference."

But let's assume the investments in your retirement plan generate an average annual 7% return, which is a few percentage points below the stock market's average. Here's the amount of money you might actually lose out on as a senior, depending on how many years away from retirement you are:

As you can see, pausing your retirement plan contributions could have a lasting effect, even if doing so seems like the right move today. Before you go that route, think about some other steps you can take to free up more cash, which you might need for peace of mind right now. Those could include spending less on leisure (a not-so-difficult thing to do given today's restrictions in many parts of the country) or negotiating existing bills (your landlord may agree to a temporary reduction in rent given the greater circumstances). In fact, about 82% of people are adjusting their lifestyle because of the pandemic, according to Personal Capital, so think about some positive financial changes you may be in a position to make.

If you're looking to trim expenses right now, your IRA or 401(k) contributions might seem like an easy line item to toss from your budget. But before you do, think about the long-term repercussions of bailing on your retirement plan. If you're really feeling squeezed, try reducing your contributions rather than eliminating them completely. That way, the long-term damage may not be nearly as bad.