Please ensure Javascript is enabled for purposes of website accessibility
Log In Help Join The Motley Fool
Free Article Join Over 1 Million Premium Members And Get More In-Depth Stock Guidance and Research
By Christy Bieber – Jun 19, 2020 at 9:32AM

When it comes to retirement planning, young workers have it rough. Many are saving too little, and around one in three have taken a loan or withdrawal from their retirement accounts in response to COVID-19.

But there is some good news: Most young people are really smart when it comes to Social Security benefits. Here's why. 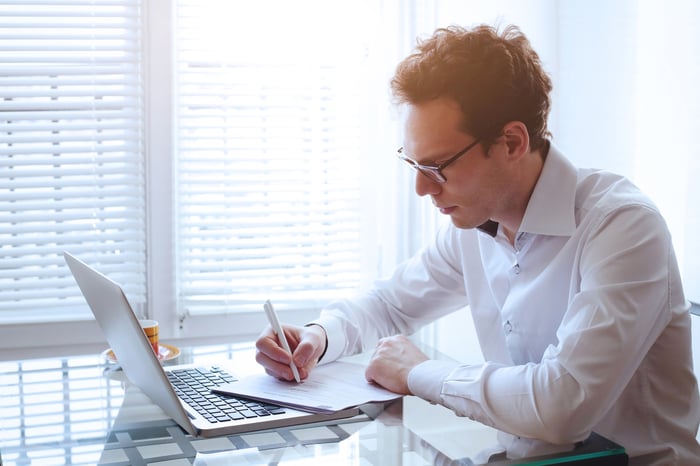 According to research from Wells Fargo, only 21% of GenXers and 13% of millennials expect that Social Security will be their primary source of income as a retiree. By comparison, more than four in 10 baby boomers believe they'll turn to these benefits to cover most of their costs in their later years.

Young workers are smart to be realistic about what Social Security can actually do for them, for a few reasons.

First and foremost, it was never intended to be a primary income source. Social Security is only meant to replace 40% of pre-retirement income. And while experts traditionally recommend seniors have funds to replace between 70% and 90% of pre-retirement earnings, close to 50% of retirees actually exceed what they were spending when they were still working. If you need 90% to 100% of your income or more, and Social Security replaces just 40%, your benefits won't be your primary income source even under the best-case scenario.

And it's unlikely GenXers and millennials will be looking at a best-case scenario. In fact, there's a very good chance these younger workers will see big benefit cuts in the next decade or so, before many of them are old enough to retire.

The Social Security trust fund is expected to run out of money by 2035. Benefits will still be paid since the program will continue receiving payroll tax revenue, but it will need around a 24% cut in benefits since the taxes coming in won't be enough to cover all promised payments.

Lawmakers will most likely institute some kind of fix before a cut of this size occurs, but common proposals such as raising the retirement age could also lead to future retirees receiving less. So while GenXers and millennials can count on something from Social Security, there's a very real chance they'll get less than today's retirees.

Young workers need to act based on their realistic attitude

Younger workers who realize Social Security won't be their primary source of income can be better prepared if they act on this knowledge. That means increasing contributions to retirement accounts.

Putting away around 15% to 20% of income for the future and making smart investments should have GenXers and millennials well prepared for their later years even with Social Security cuts.