Data reveals that Americans of all ages are behind on long-term savings. If that sounds like you, here are some steps to take immediately.

It's easy to put off retirement savings when other expenses monopolize your income. After all, if you're in your 20s, you're probably grappling with student debt payments that are due every month. In your 30s, you may be struggling to keep up with your mortgage. And in your 40s, you may be in the unenviable position of having to swing college tuition payments for your own kids.

It's for all of these reasons that Americans on a whole are behind on retirement savings. The median balance among all workers is just $50,000, according to a recent Transamerica survey, but when we break things down by age, we get a median savings of:

None of these numbers are particularly encouraging, especially given the fact that we're all supposed to be setting aside 15% of our income or more for the future. As such, while a $23,000 balance for a 25-year-old millennial is respectable, for a 34-year-old millennial, less so. And while $144,000 -- the median amount saved by boomers -- may seem like a lot of money, let's remember that we're not supposed to withdraw our entire nest egg at once in retirement. Rather, that money needs to last for years. And at an average annual 4% withdrawal rate, $144,000 allows for just $5,760 a year in income -- less, when we factor in taxes. 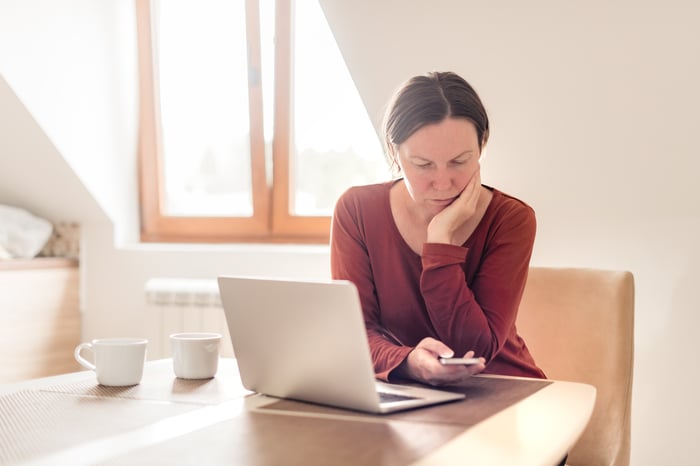 As such, it's imperative that you take steps to catch up on retirement savings if you're currently behind, regardless of age. Here are a few ways to do just that.

1. Boost your income to allow for higher retirement plan contributions

If you're an average wage-earner, you may have a hard time parting with a lot of money to put into your 401(k) or IRA. But if you're willing to do a little work on the side, you'll have a dedicated income stream you can use to fund your retirement savings. Think about a side gig you can take on that works for your schedule and lifestyle, and commit to doing it a few hours a week as a start, with the goal of working your way up. If you manage to earn $100 a week from that gig on average, you'll have a chance to sock away over $5,000 a year for retirement.

2. Bank your raises every year

It's natural to look at a raise and start making plans to spend that money. But if you instead earmark that extra income for retirement, you won't actually miss it. Even if you don't manage to part with additional money from your current earnings, if your salary goes up by $2,000 next year and you allocate all of it to your 401(k), that'll still bring you closer to your savings goal.

3. Compensate with a strong investment strategy

To be clear, investing wisely should not, and cannot, take the place of consistently funding a retirement plan. Rather, you need to do both to increase your chances of ending your career with enough money to cover your expenses during your senior years. But if you're unable to do much to ramp up your 401(k) or IRA contributions right now, you can, at the very least, invest that money in a manner that fuels its growth. If you're seven years away from retirement or more, that means loading up on stocks, which typically offer much higher returns than bonds.

In fact, imagine you're 50 with an IRA balance of $64,000, which, frankly, isn't a lot of money for someone that age. Let's also imagine you can only afford to part with another $200 a month between now and age 67, at which point you hope to retire. At an average yearly 4% return, which you're likely to get with a conservative investment portfolio, you'll wind up with about $181,500. But if you go heavy on stocks, you might manage to generate an average yearly 8% return instead, which is just below the market's average. And in that case, you're looking at an ending balance of $317,800.

Though there's no single number that guarantees you'll have enough money to pay your bills as a senior, as a general rule, it's wise to retire with about 10 times your ending salary. To do so, however, you'll need to make a point of saving consistently and investing strategically -- especially if you already have some catching up to do.