Getting caught off guard by these surprises could be a costly mistake.

Social Security benefits can be a lifeline in retirement, bridging the gap between what you have saved and what you need to enjoy your senior years comfortably.

However, it's crucial to ensure you've done your homework before you retire, otherwise you could be hit with some nasty surprises once you begin claiming Social Security benefits. To make the most of your monthly checks in retirement, make sure you're not caught off guard by these three factors. 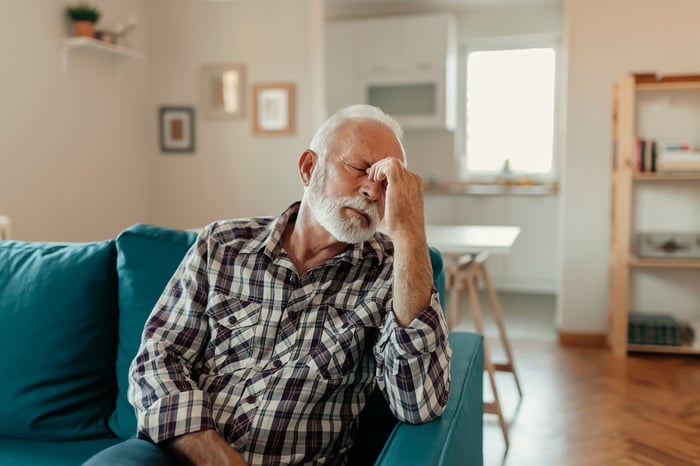 Unfortunately, even after a lifetime of paying into the Social Security program, you may still face both federal and state taxes on your benefits in retirement.

Whether you owe federal taxes will depend on your "combined income," which is half your annual benefit amount plus other sources of retirement income (excluding Roth IRA withdrawals). If your combined income is higher than $25,000 per year (or $32,000 per year for married couples filing jointly), you'll owe federal taxes on up to 85% of your benefit amount.

Even if your combined income is low enough to get out of paying federal taxes, you could still owe state taxes on your benefits depending on where you live. The good news is that there are 37 states that don't tax benefits (and West Virginia is also currently phasing out taxes on benefits), so there's a good chance you can avoid state taxes. But if you live in a state that does tax benefits, it's good to be aware of that expense before you retire.

The age you claim will directly affect how much you receive in benefits, and if you claim earlier than your full retirement age (FRA), your benefits will be reduced by up to 30%.

One common misconception, however, is that those reductions are only temporary. In fact, according to a survey from Nationwide, nearly 70% of baby boomers mistakenly believe that if they claim benefits early, their benefit amount will automatically increase once they reach their FRA.

In reality, if you claim before your FRA, your benefits will be permanently reduced. That makes it especially important to ensure you're choosing the right age to begin claiming, because if you claim early, you're generally stuck with those smaller checks for the rest of your life.

The Social Security program is on shaky ground at the moment, and there's a chance benefits could be reduced or even eliminated in the future. The Social Security Administration (SSA) relies primarily on payroll taxes to fund benefits, and the money currently coming in from taxes isn't enough to pay out today's retirees' benefits in full.

As a result, the SSA has been dipping into its trust funds to bridge the gap. Those trust funds are expected to run dry by 2034, however, at which point there will only be enough cash to pay out around 76% of projected benefits. In other words, unless Congress steps in with a solution before 2034, benefits could be cut by roughly 24%.

In addition, President Trump is pushing to eliminate payroll taxes altogether, which could potentially devastate the Social Security program. If that proposal passes and Congress doesn't come up with another way to fund benefits, Social Security may not be around much longer. Although it's unlikely that will happen, it's a good idea to keep it on your radar just in case. And if you can swing it, you may want to save more in your retirement fund just in case benefits aren't as reliable in the future.

Social Security benefits can help you enjoy a more financially secure retirement, but it's important to understand just how much you can rely on your monthly checks during your senior years. When you're aware of these three Social Security factors, you can avoid getting caught by surprise in retirement.