You may not want to sign up for benefits as early as possible, but here's why it pays to plan on that anyway.

Many seniors spend years going back and forth on Social Security -- specifically, trying to decide when to claim it. Signing up for benefits at 62 is appealing because it's the earliest age to file, but if you go that route, you'll slash your monthly benefit substantially.

On the other hand, if you wait until full retirement age (FRA) to sign up, you won't face a reduction in benefits at all. Rather, you'll get the full monthly benefit you're entitled to based on your earnings history. FRA is either 66, 67, or somewhere in between, depending on your year of birth.

There's also the option to delay benefits past FRA. For each year you do, they'll go up by 8%, up until you turn 70, at which point you can't grow your benefits anymore. 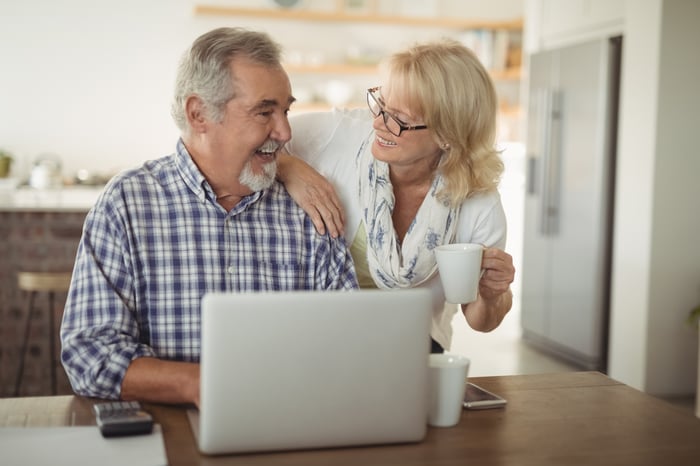 Will you be forced into early retirement?

Maybe your plan is to work well into your 60s so you can claim Social Security at FRA or later. But what happens if that choice is taken away?

A shocking 48% of Americans are forced to retire early, reports the Employee Benefit Research Institute, and the truth is, you just don't know if the same thing will happen to you. It could be that layoffs strike your company when you reach your early 60s, and you're unable to find a replacement role elsewhere. Or, it could be that health issues slow you down and make it difficult to retain a full-time job. Either way, you might land in a scenario where you're forced out of the workforce sooner than you'd like, and at that point, you may have to file for Social Security early -- as early as 62, in fact.

Of course, maybe that won't happen. Maybe you'll be fortunate and your plans to claim benefits later will end up being feasible. But it's a good idea to assume that won't happen, and instead factor a reduced benefit into your retirement budget. That way, you'll know how much savings you'll need to amass in order to compensate.

Let's assume you run the numbers and determine that you'll need $3,000 a month to cover your living expenses in retirement. Let's also assume that you're entitled to $1,500 a month from Social Security at an FRA of 67. That would mean you'd need enough savings to provide $1,500 a month, or $18,000 a year, of income. Since many financial experts advise withdrawing from retirement savings at a rate of 4% per year, that means you'd need $450,000 in your IRA or 401(k) to give you the retirement lifestyle you want.

That's why it's important to assume you'll claim Social Security as early as possible -- even if that doesn't end up being the case. That way, you'll be more motivated to save more and avoid a potential income shortfall.

What if you do boost your savings but still manage to claim Social Security later on for a higher benefit? In that case, you'll just have more money to enjoy during retirement, and that's hardly a bad thing.

It pays to be realistic

It's one thing to try to claim Social Security at FRA or later, but it's another thing to land in a position where that's possible. Given that nearly half of seniors retire sooner than they intend to, it's a good idea to plan to sign up for Social Security at the earliest possible age, and establish your savings goals around a lower benefit. That way, if you are able to hold off on filing, you'll just be that much wealthier during your senior years.