Many Americans are being forced into early retirement, but you don't need to be one of them.

An estimated 15% of people who have lost their jobs in the course of the pandemic are now planning to retire earlier than initially anticipated, according to the SimplyWise September 2020 Retirement Confidence Index.

Leaving the workforce ahead of schedule could have serious repercussions. If you retire early, you may be forced to claim Social Security early, thereby slashing your monthly benefit for life. Secondly, retiring early could mean falling short on savings and having to constantly cut corners in retirement to compensate. Finally, retiring before the age of 65 means having to pay for health insurance outside of Medicare, which could get incredibly expensive.

It's for these reasons that you may be better off trying to continue your career rather than ending it abruptly if you've lost your job. Here are a few steps you can take to avoid early retirement during this difficult time. 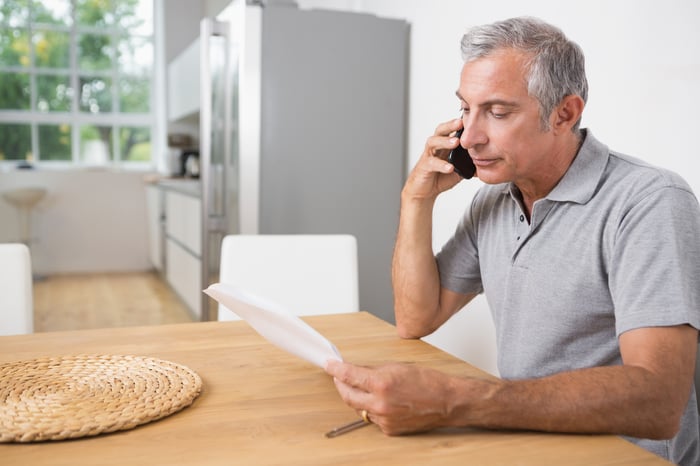 1. Fall back on your savings

If you have money in the bank earmarked for emergencies, now's the time to use it. Between your personal cash reserves, unemployment benefits, and frugal living, you may be able to get by for quite some time without a paycheck. If you can tide yourself over for a number of months, you may find that you're able to return to work at some point in 2021 and then stick to your original retirement schedule.

It's very difficult to get a job right now, so if you've lost yours, it's easy to see why you'd give up hope. You don't want to live on credit cards for a year or two, but one possibility worth pursuing is taking out an affordable loan, like a home equity or personal loan, to get by in the coming months. You can also try doing a cash-out refinance on your home if you have a lot of equity in it; that, too, will give you extra money to work with. If you're able to borrow enough to pay your bills well into 2021, you may find that you're then able to avoid early retirement after all.

If you're at least 59 1/2, you're allowed to remove money from your 401(k) or IRA as you please. For younger individuals, removing money would normally result in a penalty. But thanks to the CARES Act, which was passed into law earlier in the year, you can tap your retirement savings penalty-free if you've been impacted by the pandemic. While taking a chunk out of your 401(k) or IRA isn't ideal, it's a far better bet than pulling the trigger on retirement early and potentially losing out on many years of savings. Since you're allowed to withdraw up to $100,000 penalty-free, you may be able to ride out the ongoing crisis.

Though jobs are indeed hard to come by during the pandemic, some industries are seeing an uptick in demand. If you're willing to be a personal shopper or delivery driver and you feel safe doing so, you may find that you're able to generate a decent amount of income -- enough to help you pay the bills for a while, especially in conjunction with borrowing money or tapping your emergency savings. It's also worth seeking out jobs you can do independently from home. For example, if you're an out-of-work musician who normally makes money playing local venues and entertaining at weddings, try switching gears and doing remote music lessons for children instead. Such alternatives won't work for everyone, but they're worth exploring at the very least.

It's one thing to retire early because you want to and you're financially ready, but it's another thing to let the loss of a job close out your career when you still have a lot of saving to do. Rather than resign yourself to early retirement, evaluate your options. We don't know how long the pandemic will drag out, but there's a chance life may (mostly) get back to normal at some point in 2021, so if you still have a number of working years left in you, it's worth fighting for them.