Social Security has long been dubbed the third rail of American politics: You touch it, you die. But in the coming years, politicians will have no other choice but to take a hard look at the future of Social Security benefits.

The dire projections about Social Security are mostly overblown. Yes, the program will soon start paying out more than it's taking in. That means dipping into its $2.9 trillion reserve. But the money that workers pay into it through payroll taxes is enough to cover roughly 76% of the benefits that have been promised. And that's if Congress takes no action, which is pretty unlikely, given the program's enormous popularity.

Still, to avoid cutting benefits and to address the fact that people are living longer and having fewer kids, some big changes could be on the horizon. Here are four potential Social Security changes to watch for. 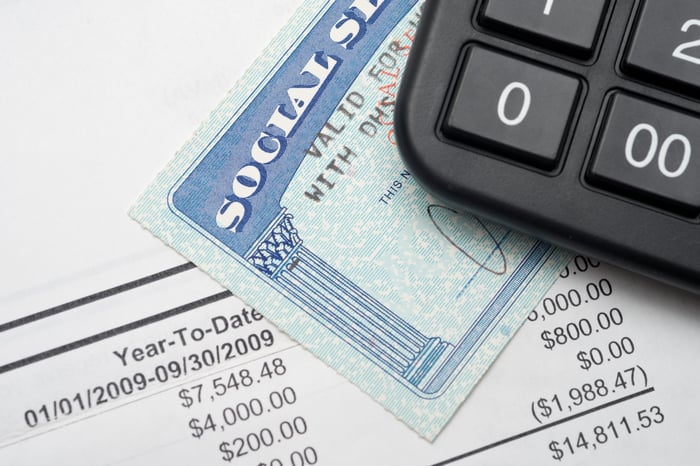 1. Will the earnings cap be eliminated?

Increasing the wage cap, or eliminating it altogether, is one way lawmakers could reduce the shortfall. Obviously, that won't be popular with many wealthy taxpayers, particularly if the tax hike isn't accompanied by an increase in how much counts toward future benefits.

2. Could the full retirement age go up?

Your full retirement age (FRA) is when you can collect 100% of your benefits. If you were born in 1960 or later, your FRA is 67. The last time Congress changed the FRA was 1983, when it began gradually increasing it from 65 based on your year of birth.

The drawback for future recipients, of course, is that making people wait longer ultimately means they receive less benefits over their lifetimes. But it may be necessary, considering that the average person who reaches age 65 in 2020 will live six years longer than someone who reached age 65 in 1940.

Another option for freeing up Social Security funds would be to raise the minimum age of 62 for collecting benefits, which Congress didn't do when it raised the FRA in 1983. But making workers wait longer could be especially controversial because many seniors are forced out of the workforce earlier than they anticipated due to a job loss or health problems.

If Congress raised the minimum age, it would have to either raise the FRA as well or plan for higher average monthly benefits. Each year you claim benefits early reduces your payment by 6.66%, so if people have a smaller window to take benefits, they'll have less time to reduce them.

4. How will future COLAs be calculated?

Social Security's solvency issue isn't the only one that needs to be addressed. Benefits aren't keeping pace with the actual rising costs that seniors face. In 2021, Social Security recipients will get a 1.3% cost of living adjustment, or COLA.

One problem is that COLAs are based on year-over-year changes in the Consumer Price Index for Urban Wage Earners and Clerical Workers (CPI-W). But the index is based on the costs of a household with at least one working person, therefore many retirees are excluded.

Seniors spend a much greater share of their income on healthcare and housing than younger people do. These costs increase at a faster pace than overall inflation. But since retirees are excluded from the CPI-W, these rapidly rising costs get less weight.

One possible change that's been discussed: using an alternative to the CPI-W called the Consumer Price Index for the Elderly, or CPI-E, which weights costs to reflect the expenditures of seniors more accurately. Even if the CPI-E were adopted, it wouldn't bring about any radical changes. The average benefit would only increase by an additional 0.2 percentage points.

Ultimately, for Social Security to pay out the benefits it's promised and keep up with rising costs, there are no quick fixes: At least some workers will have to pay more into it and wait longer to start collecting.