Millions of seniors get health coverage through Medicare, but there's a lot of misinformation about the program, and buying into it could really hurt you financially once you retire. Here are a few Medicare facts many seniors aren't aware of until it's too late.

Many people are of the impression that once they sign up for Medicare, they won't pay a dime for healthcare. But that's so far from true it's scary.

While Medicare Part A, which covers hospital care, is generally free for enrollees, Part B, which covers outpatient care, is not. Right now, the standard monthly Part B premium is $144.60, but higher earners on Medicare pay even more for Part B. Meanwhile, if you sign up for original Medicare, you'll need a Part D drug plan to go along with it, and that plan, too, will charge a premium. 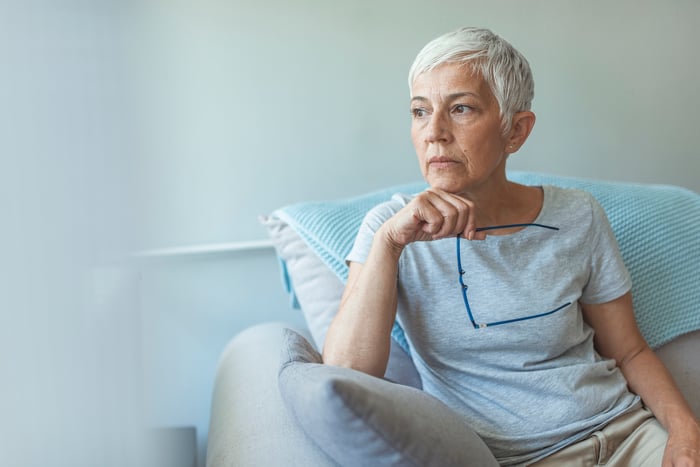 But premiums aren't the only cost you'll incur under Medicare. You'll also have copays, deductibles, and coinsurance to deal with. In fact, if you end up getting admitted to the hospital under Medicare Part A, you'll pay a $1,408 deductible for that care. That's certainly the opposite of free.

It's easy to assume that once you're on Medicare, all of your health-related needs will be covered. But not so fast. Original Medicare will not, in fact, cover the cost of dental care, eye exams for glasses, or hearing aids. It also won't pay for long-term care -- an expense the majority of seniors 65 and over end up needing to come degree.

If you want coverage for dental, hearing, and vision services, Medicare Advantage could be the way to go. With an Advantage plan, you won't need a separate Part D drug plan, and you'll be entitled to at least the same level of coverage as you'd get with original Medicare. Some Advantage plans also offer supplemental benefits, like transportation to doctor appointments, but the cost of these plans depends on the coverage you choose. Unlike Medicare Part B, there's no standard monthly premium for Medicare Advantage, so you'll need to research your plan choices and compare numbers.

Though Medicare coverage doesn't begin until you turn 65, your initial enrollment window begins three months before the month you turn 65 and ends three months after that month. If you're covered by an employer plan at age 65, you'll get a special window to sign up for Medicare once that coverage ends. But if you're not covered by an employer plan and you enroll in Medicare late, you'll face a 10% surcharge on your Part B premiums for each year-long period you were eligible to sign up but didn't. There are also penalties for enrolling late in a Part D plan, so pay attention to when you're supposed to elect your coverage.

Chances are, healthcare will end up being a huge retirement expense that eats heavily into your income and Social Security benefits. Be sure to read up on how Medicare works in the course of your retirement planning. Otherwise, you may be in for a world of shock.