Many financial experts advise waiting until the age of 70 to start getting your Social Security checks.

There are a few simple reasons for that. First, for each year you delay your claim for benefits up until the age of 70, you'll increase the amount of monthly benefits you receive. Second, for around six in 10 retirees, claiming benefits at 70 rather than sooner is the financially optimal choice that results in more lifetime income.

However, just because a delay until 70 could mean more money in your pocket doesn't necessarily mean waiting is the right choice for you. In fact, there are three perfectly good reasons you may decide filing for benefits sooner is the best move for your situation. 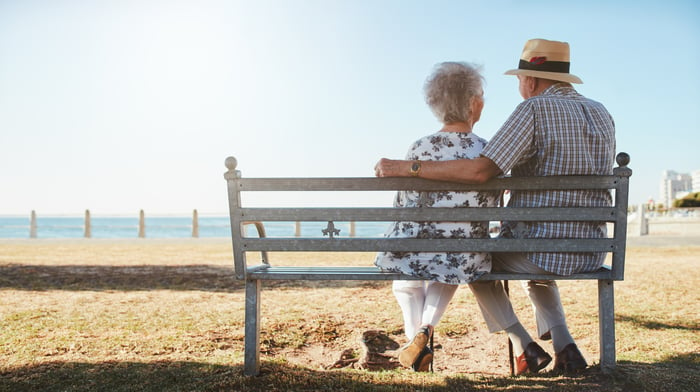 1. You may not be able to enjoy the money as much if your health suffers as you age

You deserve to have fun in retirement after working hard all your life. Unfortunately, if you delay claiming Social Security because you're trying to squeeze every dollar out of the program you can, you may not be in a position to spend your benefits on the things you've always dreamed of doing.

Health issues start sooner than many retirees expect. If you're not feeling well enough to actually spend much money, it may not matter much if your Social Security checks are a little bigger than they'd have been had you not waited to claim them.

Of course, you may be happy to have extra money if your medical bills are higher. But that's not always the case, so you need to consider whether it's more important to you to have more money when you can enjoy it or the peace of mind that comes from having bigger checks later in case you incur substantial healthcare costs.

2. You may spend your savings too fast

If you've retired before the age of 70, you're going to need some money to live on. If you're putting off claiming Social Security, this is probably going to come from your savings.

Unfortunately, that could mean you end up withdrawing more than you should from your investment accounts -- thus reducing your balance so much that you increase the chances of running out of money.

You don't want to drain your nest egg dry, because even the larger Social Security checks you get if you delay your claim until 70 aren't going to be enough to live on without supplementary income. If you can't survive without Social Security while still maintaining a safe withdrawal rate, you're far better off claiming benefits ASAP so you can preserve your savings.

3. You may have to delay retirement entirely if you wait to claim your benefits

For many people, retiring without Social Security doesn't just put them at risk of draining their investment accounts too soon -- it's often downright impossible because there simply isn't enough other money available to support you.

If you want or need to retire prior to the age of 70, delaying a claim for benefits and continuing to struggle along in the workforce probably isn't going to be worth the trade-off. Yes, you'll get larger benefits later, but is that really worth being miserable for years while you wait for retirement?

Now, you do need to make sure claiming benefits early isn't going to consign you to a lifetime of financial struggles. If that's the case, putting in those few extra years on the job  may be worth it, even if it's unpleasant.

But if you'll have enough to live on with Social Security and savings, and claiming benefits makes the difference in being able to retire when you want to, you may just decide that smaller monthly checks is a price you're willing to pay for not having to work.