The money in your retirement savings account generally can't sit there forever. Unless you have a Roth IRA, you're obligated to remove a portion of your account balance each year once you turn 72. These obligatory withdrawals are known as required minimum distributions, or RMDs, and they're calculated based on your savings balance and life expectancy.

Not only can RMDs result in penalties, but they can also cause a tax hassle. Traditional IRA and 401(k) withdrawals are taxed as ordinary income, and RMDs fall into the same category -- even though they're obligatory. 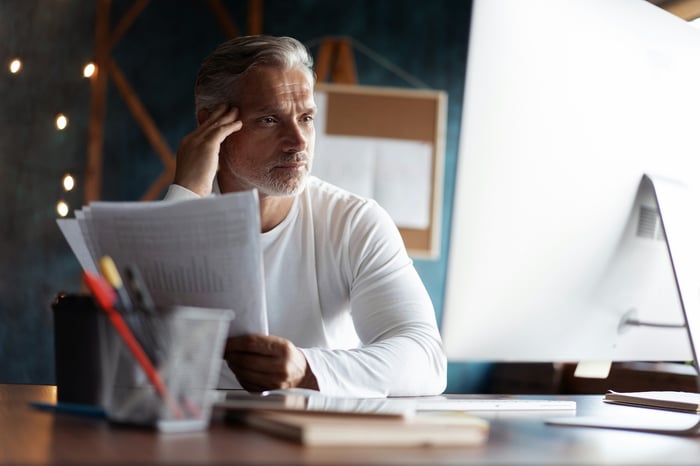 But seniors got relief on the RMD front this year. Thanks to the CARES Act, which was passed into law in late March to provide pandemic relief, RMDs were waived for 2020. That allowed many seniors to reap tax savings at a difficult time. But RMDs will be back on the table in 2021. Now's the time to prepare for them to avoid getting caught off-guard.

Plan ahead for your RMD

For some seniors, RMDs aren't a hassle so much as a necessity. Many older Americans rely on the money in their IRAs and 401(k)s to pay the bills and would be taking withdrawals even if RMDs didn't exist. But if you don't need money from your IRA or 401(k) for living expenses, then next year's RMD could be a huge burden from a tax perspective.

You may find that next year's RMD is higher than expected. As previously mentioned, RMDs are based on your life expectancy as well as the amount of money you have in your retirement plan. If you don't take an RMD this year, you may have a higher balance going into 2021, leaving you on the hook for a larger withdrawal and more taxes. Though many retirement plans lost value back in March when the stock market tanked, many have since recovered.

Of course, just because the CARES Act has waived RMDs for 2020 doesn't mean you're not allowed to take yours. Removing those funds from your retirement plan this year could ease the burden for next year. But that benefit will be offset by the taxes you'll pay on that 2020 withdrawal. It may not be worth it if you don't actually need the money.

RMDs are annoying for those who would rather leave their savings alone. Unfortunately, in the absence of a major health crisis, there's really no getting around them. The key is to know what to expect for 2021. Factor both your withdrawal and the taxes you'll pay on it into your retirement budget ahead of time.