Please ensure Javascript is enabled for purposes of website accessibility
Log In Help Join The Motley Fool
Free Article Join Over 1 Million Premium Members And Get More In-Depth Stock Guidance and Research
By Sam Swenson, CFA, CPA - Jan 28, 2021 at 8:51AM

An iconic milestone of retirement is challenged.

Retiring at or around 65 -- and subsequently claiming Social Security benefits -- is as much a rite of passage as anything in America. In reality, Social Security is one of three main sources of income in retirement, joining pension income and cash flow from personal savings. Given a number of grim facts for retirees, including a dwindling Social Security trust fund, a rising full retirement age, and scarcely found stable pension plans, assuming that you'll be able to rely on benefits at 65 is a tenuous proposition. Here, we'll explore the main considerations for claiming Social Security at 65 and look into some alternatives.

Social Security is not that secure

According to the 2020 annual report produced by the Social Security and Medicare Boards of Trustees, Social Security cash reserves are slated to run out in 2035. To be clear, this doesn't mean that retirees will stop receiving benefits; what it does mean is that the fund is only able to pay out as much as it takes in on an annual basis.

It's interesting to note that these projections were formulated before incorporating the impact of the COVID-19 pandemic, which is still yet to be determined. That the trust fund is dwindling implies more money going out than coming in, and should that go on long enough, the rate at which we receive payments may need to change. This is all to say that while Social Security is currently a key part to most retirees' income planning, its long-term ability to pay 100% of current benefits is far from guaranteed. Combined with a dearth of secure, reliable corporate pension plans, most retirees will need to look to personal savings if they want to maintain a standard of living in their late 60s and beyond. 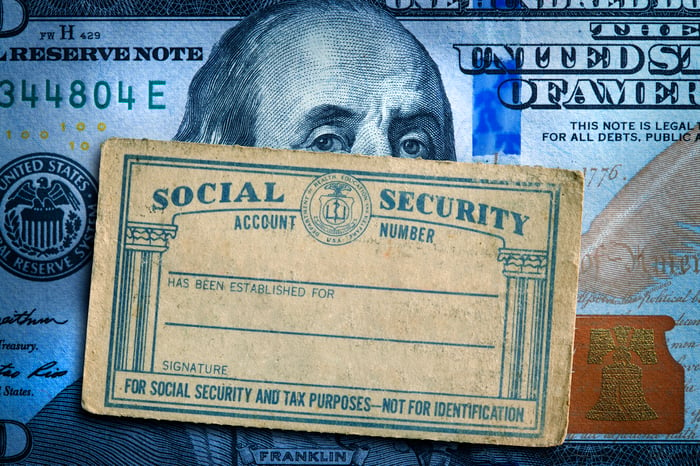 Full retirement age is going up

Full retirement age (FRA) -- the age at which you may claim full Social Security benefits -- has steadily increased from 62 to 65 to nearly 67, depending on when you were born. This can be attributed in part to improving senior health as well as an increase in life expectancy. Those who claim benefits earlier, at say, age 62, will receive a reduced benefit that may or may not be enough to cover living expenses in retirement. Those who wait to claim benefits until age 70, on the other hand, will receive an increased benefit that is often worth waiting for: Your monthly benefit will increase 8% for every year you delay claiming Social Security beyond your FRA.

Married couples have a number of options when it comes to claiming Social Security, one of which is to have the lower-earning spouse claim benefits immediately at 62, and the higher-earning spouse wait until age 70. This allows a steady stream of payments to begin, and also lets the 8% guaranteed annual increase in benefits accrue on the future payouts of the higher earner. There are several strategies that couples might employ to maximize the benefits they ultimately receive, one of which involves taking 50% of your spouse's benefit instead of your own.

Take things into your own hands

Given the uncertainty associated with government and corporate-sponsored retirement benefits, the writing on the wall is that you -- yes, you -- will be responsible for the lion's share of your retirement income. The younger you are, the more likely this is to be true. It will be up to you to save enough via employer retirement plans, IRAs, and brokerage accounts to be able to draw enough to support a financially sound retirement. Claiming retirement benefits in your 60s may very well happen, but I like to think of this as merely a bonus after many years of diligent saving and investing. If it happens, great. If not, you're prepared.

Should retirees of the future not have the opportunity to take benefits on time or at all, there is the option of earning minimal amounts of money through part-time work to supplement your finances. Remaining active through some form paid work, assuming you have the appetite for it, is a great way to stay sharp, find additional fulfillment, and reduce the stress on your personal savings.

Social Security as a supplement

Financial plans of the past had the luxury of building in robust income streams from numerous sources, beginning at 65 or earlier. This is increasingly becoming more mythology than reality, and risk is creeping more and more toward the hopeful retiree. For this reason, it's vital to continuously save for retirement on your own and aim for more than you think you need. Claiming Social Security at 65 should be seen as a possible plus but not the core of your retirement strategy.